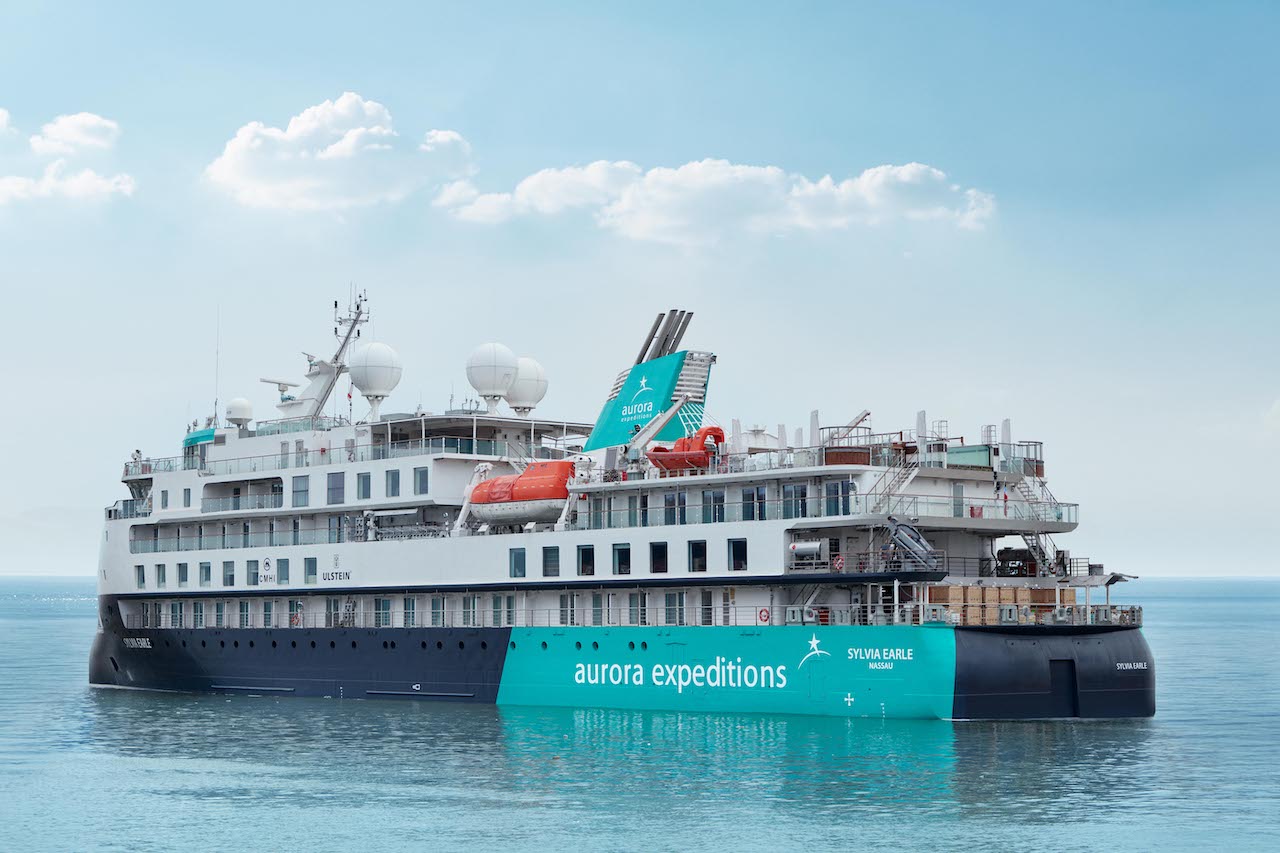 Award-winning expedition travel company Aurora Expeditions has launched its second purpose-built small ship, Sylvia Earle, which will embark on her inaugural voyage from Ushuaia, Argentina to Antarctica on December 10, 2022.

Named after the renowned marine biologist, oceanographer, explorer and conservationist Dr. Sylvia Earle, this state-of-the-art expedition ship will be a floating ambassador for the conservation of the planet.

With its strong focus on education and conservation, the new Sylvia Earle is designed to accommodate an average 132 passengers per voyage in a relaxed, fun and informal onboard setting.

Featuring the revolutionary Ulstein X-BOW, an inverted bow designed for smoother and faster ocean crossings which helps to reduce fuel consumption, the ship offers stylish and comfortable staterooms and suites, most with private balconies.

Public spaces include multiple restaurants and bars, social relaxation and wellness areas, an outdoor heated swimming pool and Jacuzzis, a gym, spa and sauna, a library lounge, lecture theatre, and expansive decks offering panoramic views of wilderness and wildlife, making it the ideal ‘base camp’ for exploring. 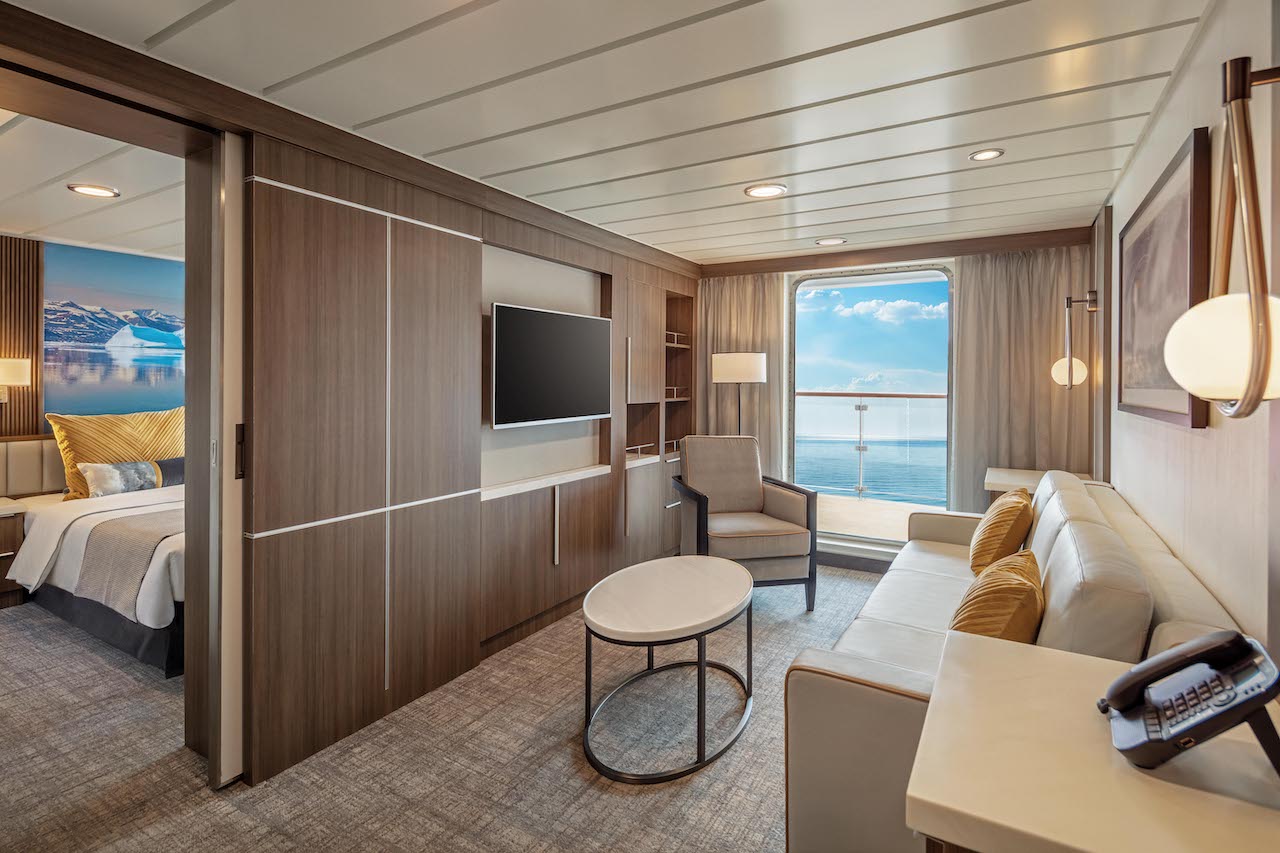 Zodiac docks, a changing room and mudroom prepare passengers for off-ship and on-shore activities, while a dedicated Science Centre is the hub for a variety of participative and educational Citizen Science programs.

A highly experienced Expedition Team guides passengers in small groups on myriad excursions by water and land, with exciting activities ranging from Zodiac cruises to walks and hikes, sea kayaking, scuba-diving, snorkelling, paddling, skiing, photography and birdwatching, among others.

A sister ship to the Greg Mortimer, launched in 2019, the Sylvia Earle is named after one of the world’s leading ocean conservationists, the first female Chief Scientist of the US National Oceanic & Atmospheric Administration. Dr Earle has been a National Geographic explorer-in-residence since 1998 and was named by Time magazine as its first Hero of the Planet. Her own conservation initiative Mission Blue is creating a global network of marine protected areas known as ‘Hope Spots’. 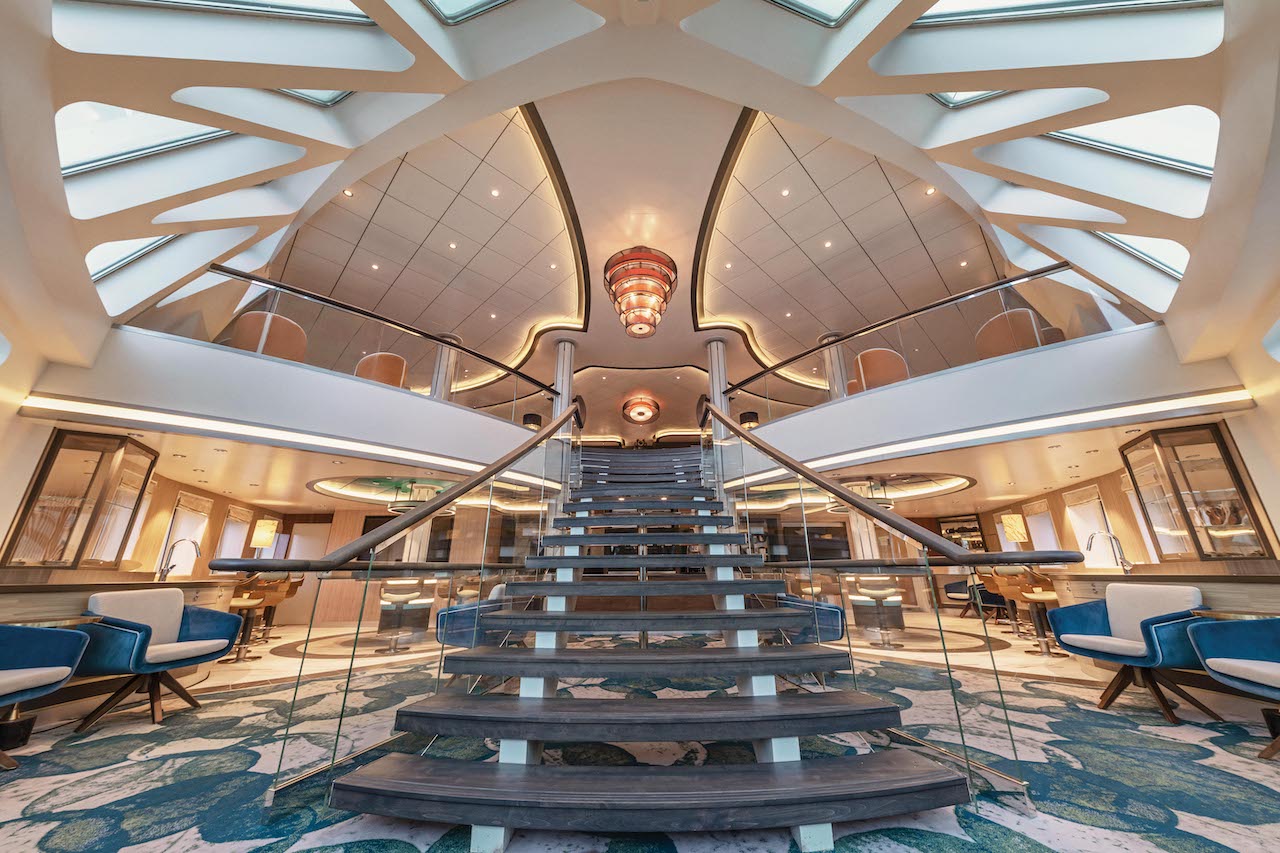 Each of the new ship’s decks is named after six other pioneering female conservationists – Jo Ruxton (MBE), Dr Carden Wallace (AM), Sharon Kwok, Bernadette Demientieff, Dr Asha de Vos and Hanli Prinsloo – with a deck dedicated to Dr Earle herself.

In February 2023, Dr Earle, in partnership with Ocean Geographic will lead a world-first Antarctic Climate Expedition on the new ship to raise public and government awareness of the environmental importance of the Antarctic. This special voyage aims to deliver resolutions to inspire transformative changes for global net-zero emission by 2035 from an ocean perspective