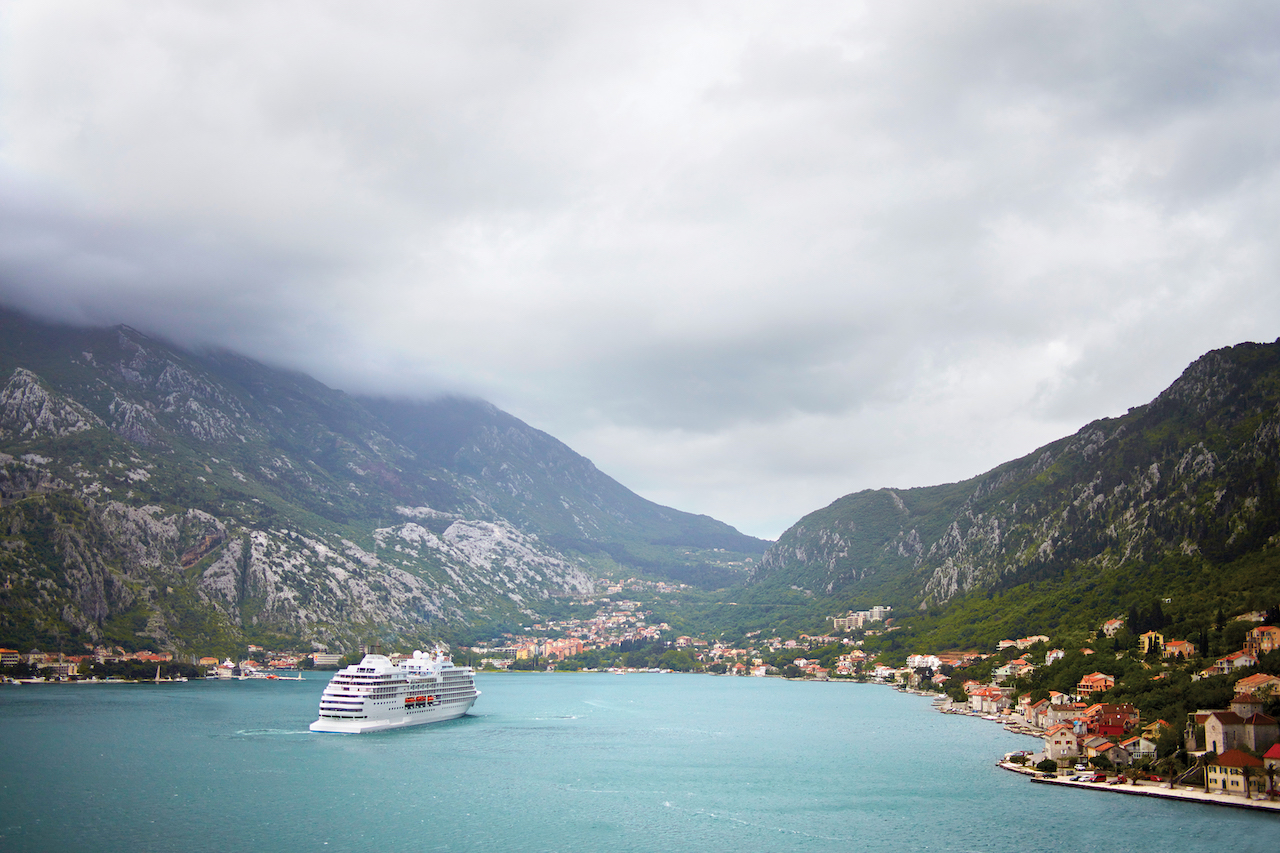 “The World’s Most Luxurious Fleet” will sail an extraordinary 160 new port-intensive itineraries – 21 more sailings than the cruise line’s 2023-2024 season – each designed to be immersive and culturally enriching.

Voyages encompass every continent in the world, from Africa and Arabia to Asia, Australia and New Zealand, closer to home with Canada and New England, Alaska, and Bermuda, and then favourites like the Caribbean, Panama Canal, Mediterranean and Northern Europe. In addition, there are fascinating cruises in South America and the South Pacific, as well as scenic sailings of Antarctica.

The 2024-2025 Voyage Collection sailings range from seven nights up to the 150-night 2025 World Cruise, Away in Wonder, and also features four Grand Voyages, each of which is an epic waterway adventure to dozens of ports across multiple weeks.

Additional highlights include two brand new 14-night sailings in Alaska, a break-away from the traditional seven-night sailing; more sailings in Western Europe than ever before; and the cruise line’s latest ship Seven Seas Grandeur sailing the Mediterranean, the Caribbean and a debut season in Canada & New England.

Guests will experience exquisite comfort onboard with every luxury included, offering a truly unrivalled experience. With the 2024-2025 Voyage Collection, Regent Seven Seas Cruises invites guests to revel in unparalleled opportunities for immersion in local culture as it offers new ways to experience the world’s finest destinations with included Unlimited Shore Excursions in every port of call, and all-new Eco-connect and Behind the Design Tours. Voyage fares also include gourmet cuisine in a range of specialty restaurants and al-fresco dining venues, fine wine and spirits, entertainment, unlimited internet access, included valet laundry service, pre-paid gratuities, one-night, pre-cruise hotel package with a transfer from hotel to ship for guests staying in Concierge-level suites and higher. 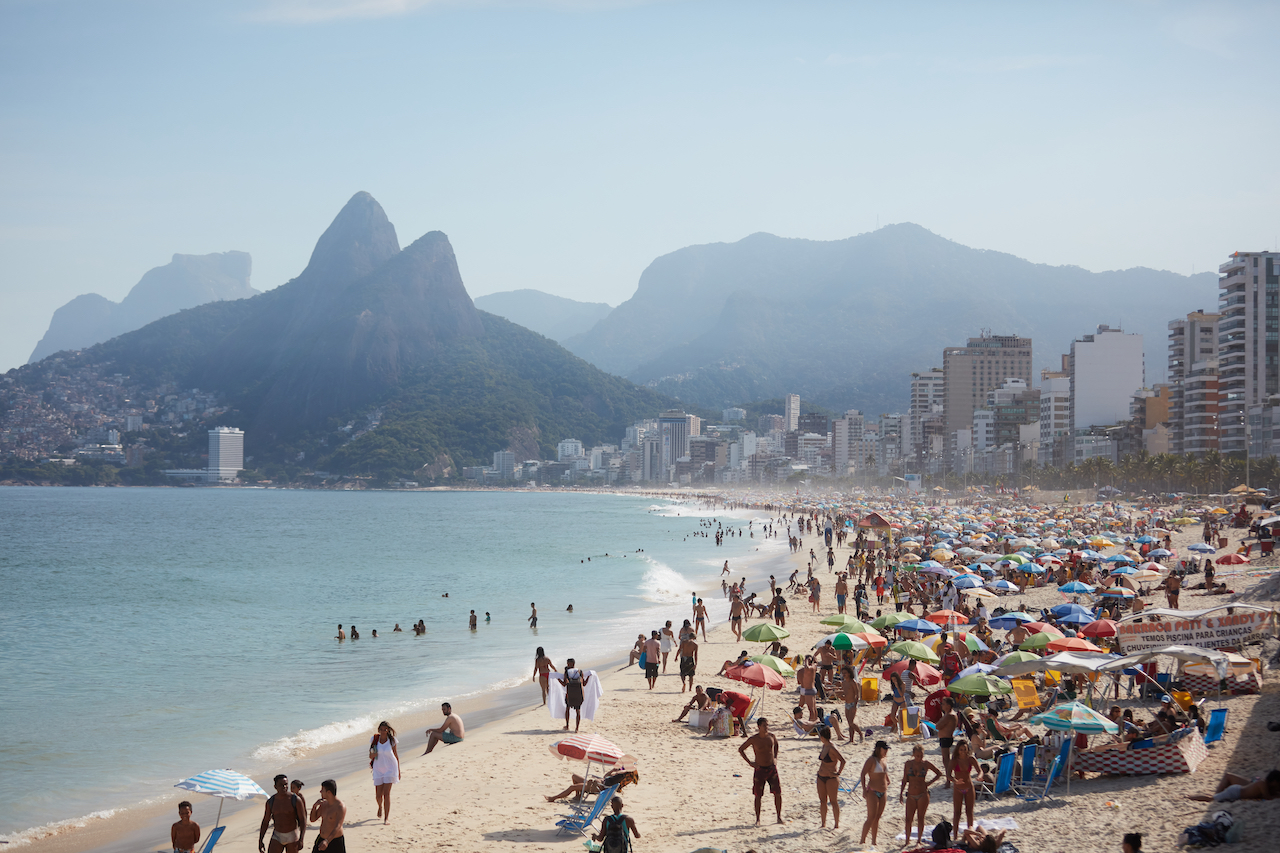 All the while, Regent Seven Seas Cruises’ Unrivalled Space at Sea makes for the perfect homecoming and place for rest and relaxation. The abundance of space aboard each elegant and perfectly sized ship, and one of the highest crew-to-guest ratios in the industry, ensure discerning guests receive the best in service and care.

Seven Seas Grandeur begins her inaugural Mediterranean season in July 2024. Commencing in Rome and ending in Barcelona, she will go on to sail five voyages. Highlight overnights include Monte Carlo, Monaco; Venice, Italy; and Istanbul, Turkey.

After her jaunt in the Caribbean, Seven Seas Grandeur will cross the Atlantic Ocean on a 14-night voyage from Miami to Barcelona. Highlight ports of call include Great Stirrup Cay, Bahamas; Seville, Spain; Valencia, Spain; and the Azores, Portugal where guests will have the opportunity to explore the island’s thermal pools, vivid crater lakes, subtropical flora and charming towns filled with perfectly preserved 17th and 18th-century buildings. 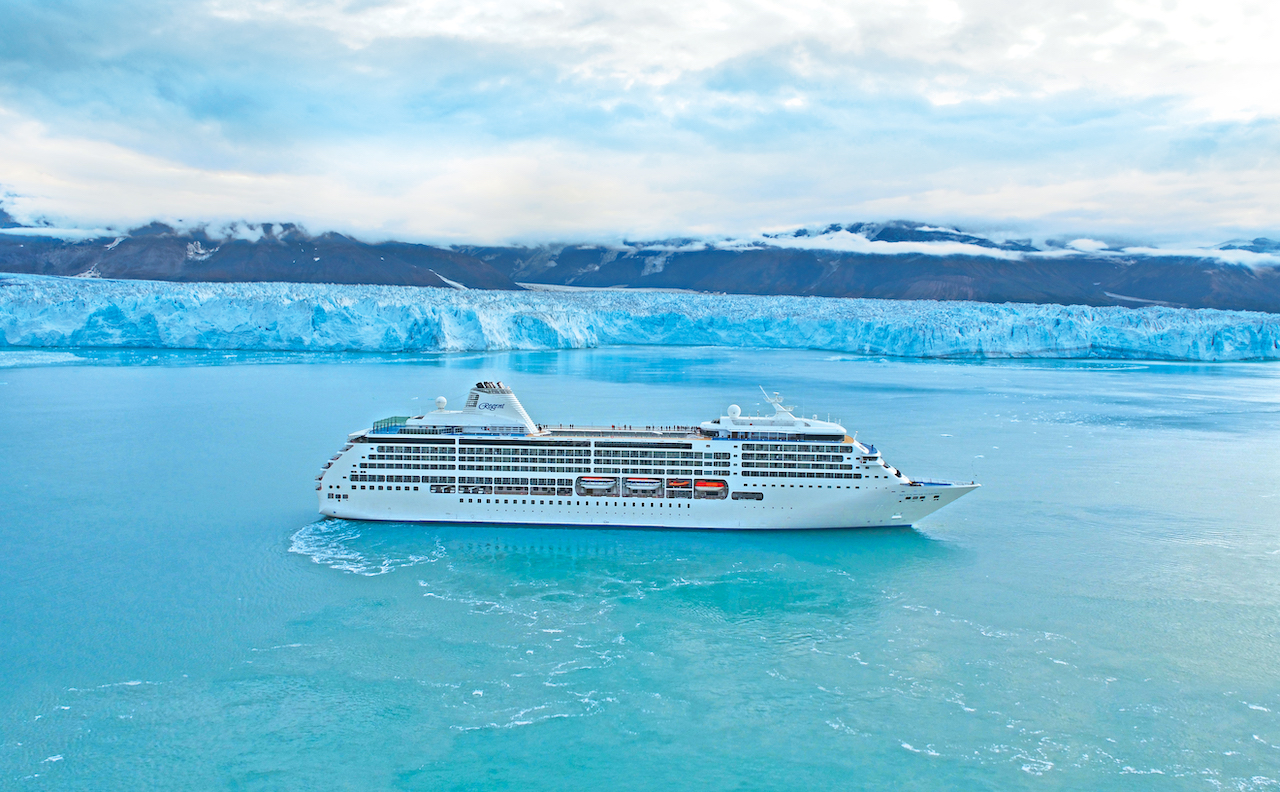 After circling Northern Europe for a few months, Seven Seas Splendor sails back to the Mediterranean for two voyages with visits to Italy, Greece, Turkey, France, Spain and Portugal. 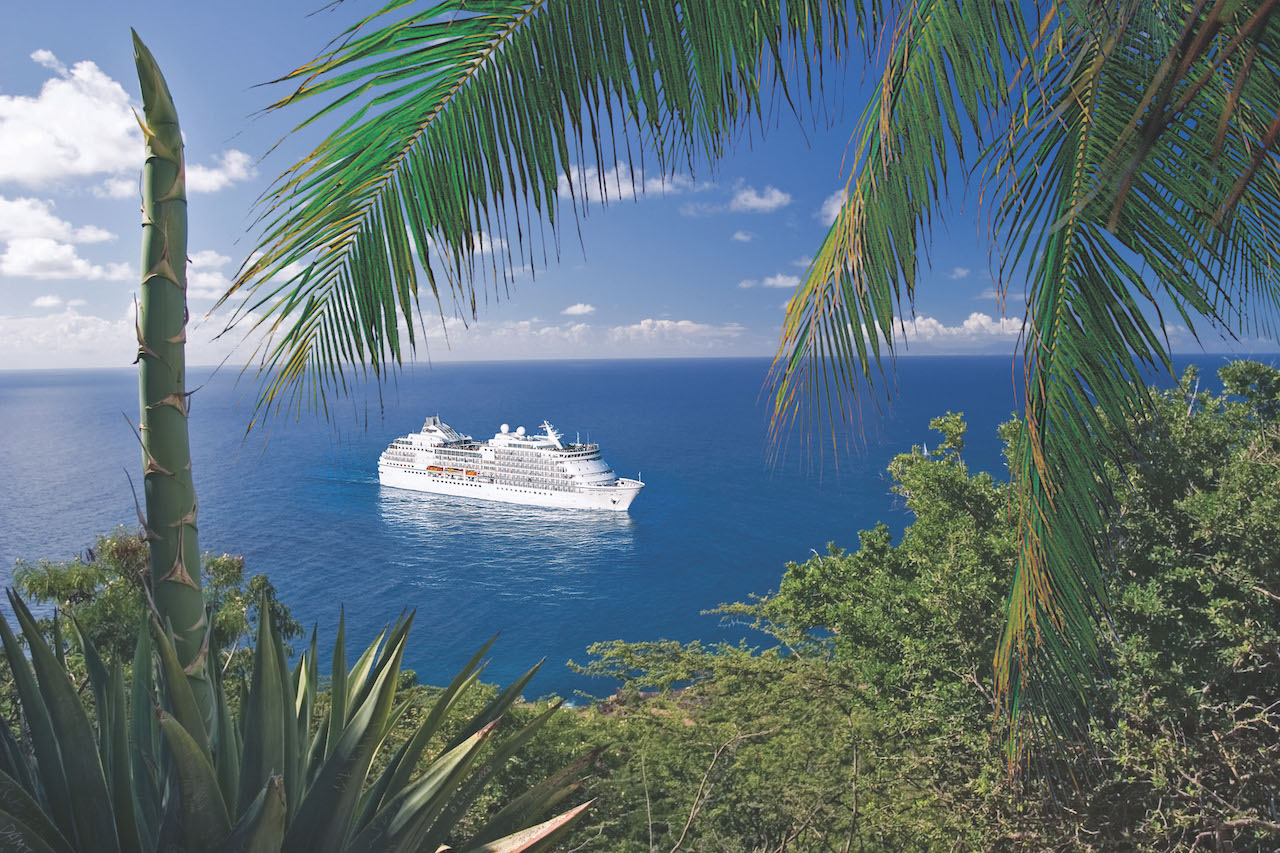 Summer 2024 will see Seven Seas Explorer’s Alaska season, with 15, 7-night sailings and 2, 14-night sailings between Seward, Alaska and Vancouver, British Columbia. From May to September, guests can explore Alaska at its wild, blossoming best, cruising the cliffs and waterfalls of the Misty Fjords to the colourful legends of Skagway, and gazing in awe at the Hubbard Glacier.

In October, Seven Seas Explorer sails the Grand Asia Exploration Grand Voyage. Combining three Asia itineraries, this 63-night adventure reveals a myriad of marvels, from the jewels of Japan to idyllic Southeast Asia shores to Australia’s wilds and more. This voyage provides an opportunity to embrace the captivating lands of Asia with overnight sojourns in Indonesia, Singapore, Thailand, Vietnam, China, and Japan.

After cruising Australia and New Zealand, from January through April 2025, Seven Seas Explorer makes her way back through Southeast Asia with eight voyages. Of those itineraries, there are four Tokyo roundtrip sailings in March and April, perfect for cherry blossom season. While in Asia, guests can choose from a range of diverse cultural onshore experiences, including a tour of a traditional fishing village outside of Da Nang, Vietnam, or a rickshaw ride through the streets of multi-cultural Singapore. 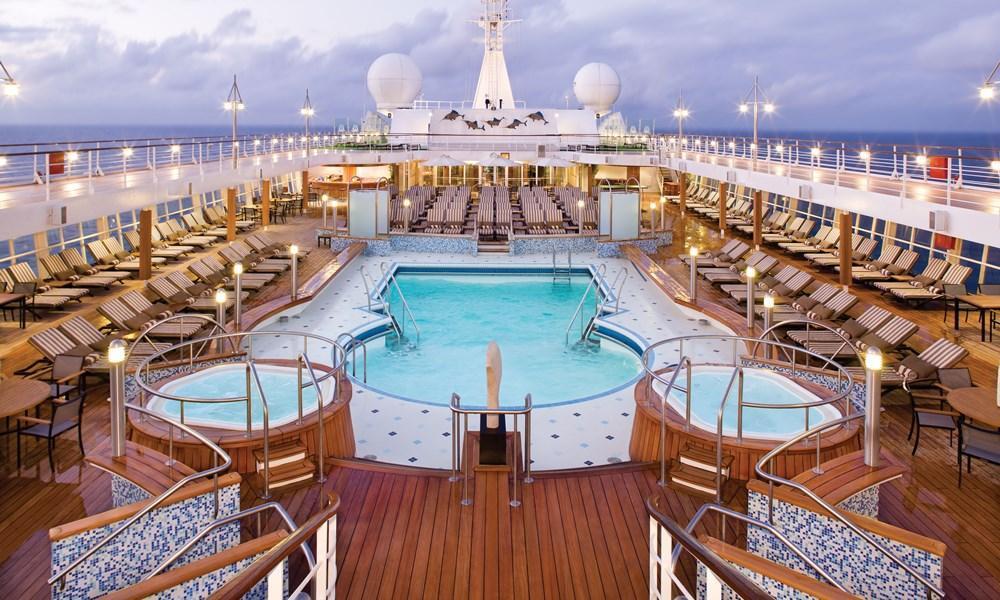 Seven Seas Voyager will spend the 2024 spring season in the Mediterranean. Beginning and ending her season in Lisbon, she will go on to cruise on eight voyages. Highlight overnights in Istanbul, Turkey; Jerusalem, Israel; and Bordeaux, France. In June, she will sail one voyage in Northern Europe commencing in Lisbon, Portugal and ending in Antwerp, Belgium.

Between September and November, Seven Seas Voyager sails the Mediterranean as a reprieve from the hot summer sun. There are five voyages, each 10-or-12-nights, that visit Portimão, Portugal; Sardinia, Italy; Igoumenitsa, Greece; Rijeka, Croatia and Ephesus, Turkey, among other hidden gems.

Seven Seas Voyager then swaps continents, sailing to Asia for a 21-night cruise from Dubai to Singapore. Guests will ring in the New Year cruising the Laccadive Sea after having explored the United Arab Emirates, India and Sri Lanka. Before docking in Singapore, Seven Seas Voyager will make stops in Myanmar, Thailand and Malaysia. 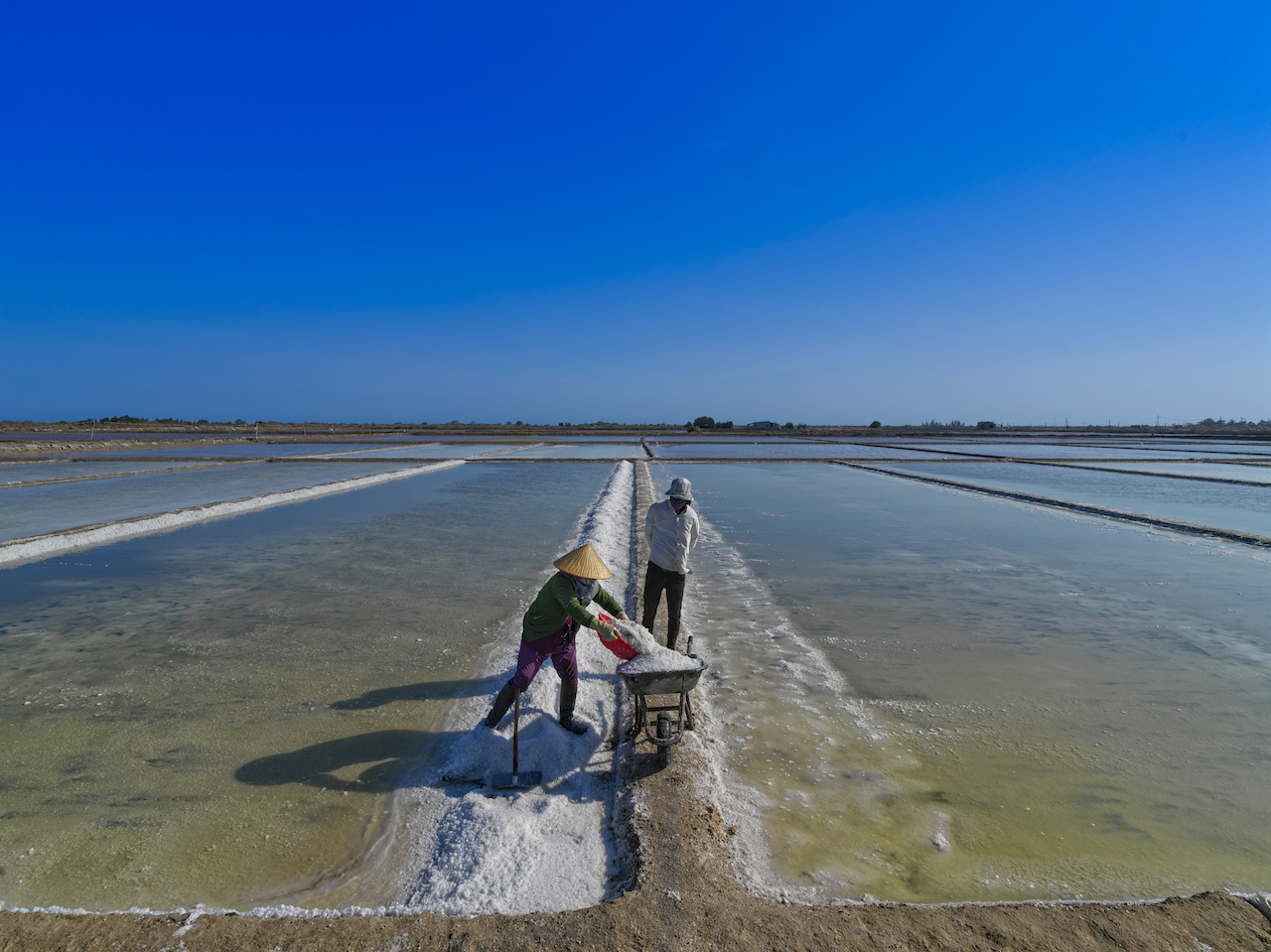 Seven Seas Voyager will spend the 2025 spring season in Asia with two voyages. The first will sail from Bali to Bangkok making stops in Indonesia, Singapore and Vietnam. The second will sail from Bangkok to Dubai and features ports of call in Ko Samui, Thailand; Sebang, Indonesia; Mumbai, India and Fujairah, United Arab Emirates.

Seven Seas Voyager commences her spring season with an 18-night voyage from Dubai to Athens. Highlights include an overnight in Luxor, Egypt where guests can take an optional hot-air balloon ride over the Valley of Kings for a panoramic view of the ruins, hop on a jeep safari into the desert or visit a Bedouin settlement for sweat tea and flatbread.

Combining five Northern Europe voyages, the Grand Arctic Adventure Grand Voyage is one not to be missed. This epic 83-night journey, commencing in New York and concluding in Barcelona, departs in June 2024 and will provide an opportunity to explore North America and Europe with overnights in Iceland, Denmark, Belgium, Germany, Norway, Netherlands and France.

Continuing her winter season in November, Seven Seas Mariner crosses the Atlantic on a 14-night voyage starting in Barcelona, Spain and ending in Miami, Florida. She closes out November with a 24-night roundtrip voyage from Miami, Florida and into the heart of the Amazon River. 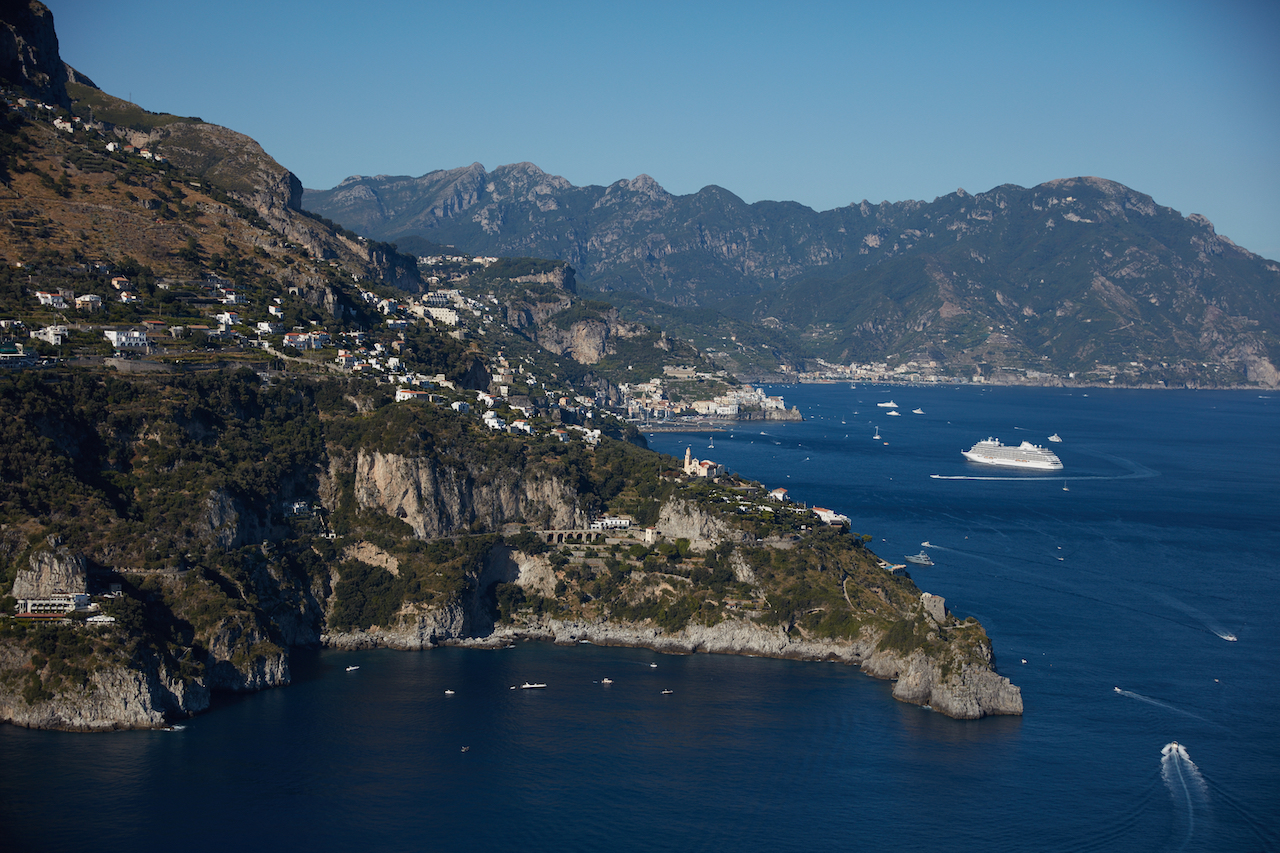 Seven Seas Mariner begins 2025 with the “Away in Wonder” World Cruise. Guests will spend 150-nights in the luxurious exploration of three oceans, five continents, 25 countries and nearly 100 ports of call, chartering as far south as Antarctica, as far east as Asia and as far north as Alaska. Exclusive shoreside experiences include Delicious Fare & Rhythmic Flair at La Rural Pavilion in Buenos Aires, Argentina; A Maori Engagement at Eden Park in Auckland, New Zealand and Li-Khe & Thai Tradition at the Sanctuary of Truth in Pattaya in Bangkok, Thailand.

Seven Seas Navigator visits the Mediterranean in May 2024, with a 10-night voyage starting in Athens, exploring the Adriatic Sea and completing its journey in Venice. There’s a further exploration of the Mediterranean on a 10-night cruise that discovers Croatia, Italy, Greece, France, Spain and Monaco.

Later in November, Seven Seas Navigator crosses the Atlantic on a 14-night voyage starting in Barcelona, Spain and ending in Miami, Florida.

In February 2025, she will journey roundtrip from Miami, through Central America, down the Amazon River and back up through the Caribbean for a 25-night voyage. Travellers will have the opportunity to spend an overnight at Manaus, Brazil, the capital and largest city of the Brazilian state of Amazonas.

In March 2025, the luxury ship sails from Miami, Florida and embarks on a voyage through the Caribbean and Panama Canal before she is a route to the Mediterranean where the season ends in Barcelona, Spain

Explore the Sea of Cortez on a New Ocean Safari

The VSOE to Journey Across Europe This December

Capturing Nature at The Datai Langkawi