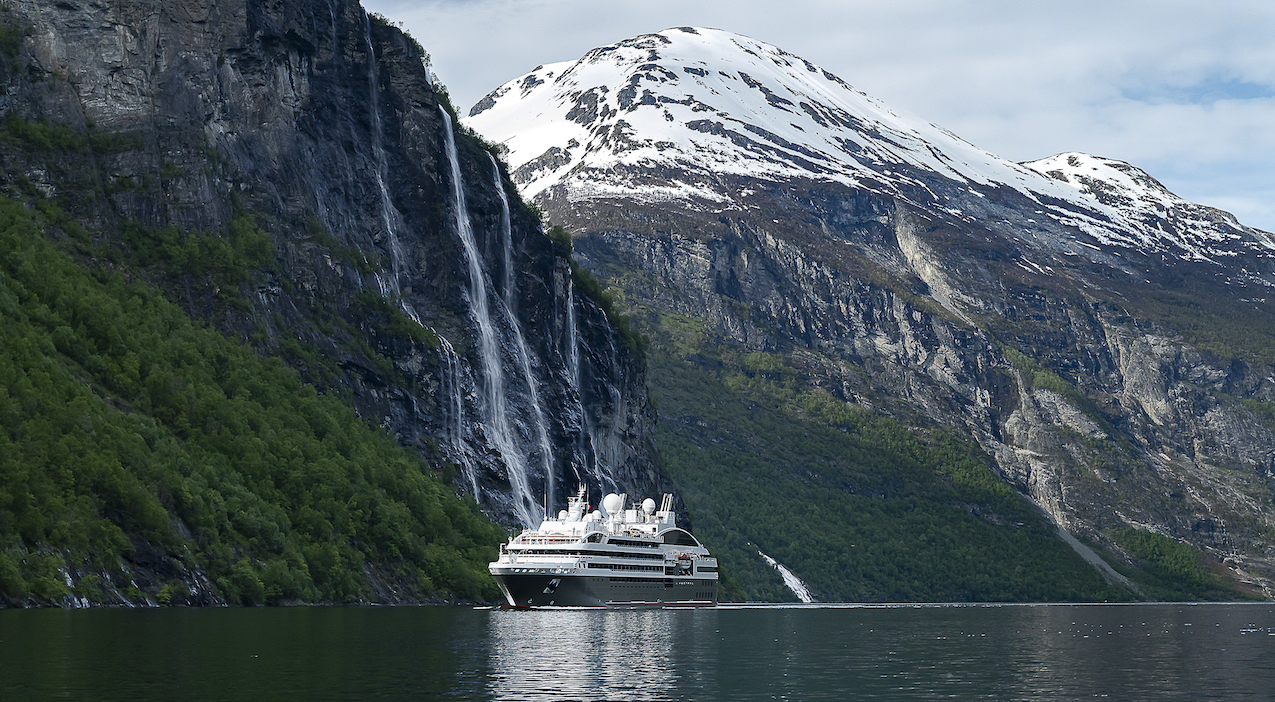 By Nick Walton December 12, 2022
Ponant has launched sales for its Northern Hemisphere Summer 2024 voyages bound for the Mediterranean, Atlantic and Northern Europe, with 50 new sailings to open up to the world from the tranquil and refined setting aboard its ships.

The new programme includes discovering UNESCO World Heritage sites and visits to monuments at the heart of rich cultural heritages, against the backdrop and gentle rhythm of breath-taking scenery. From myriads of Greek islands to the cliffs of Ireland via unspoiled vistas in Algeria and turquoise waters in the Canaries, Ponant is offering 28 voyages to Mediterranean destinations and 22 to Northern Europe and the Atlantic.

The new itineraries include Islands and Cities of the Mediterranean; departing from Athens on July 23, 2024, Le Bougainville will bear guests away on a voyage linking Greece to the majestic Maltese coast. The route will take in Paros, tucked away in the Cyclades archipelago, then to car-free Hydra Island, before heading south to the preserved Venetian and Byzantine architectural gems on the Monemvasia peninsular. After calling into the port of Pylos to admire the ruins of Nestor’s Palace, Le Bougainville will head back out to sea to discover Taormina at the foot of Etna’s eternal snow. The final destination will be Valletta, the stronghold of the Knights of the Order of Malta. Onboard this sailing the Young Ocean Explorers Club, animated with Maud Fontenoy Foundation, will entertain the youngest guests.

Departing round trip from Venice on July 9, 2024, Landscapes and Cultures of the Adriatic is an eight-day voyage aboard Le Bougainville. Dotted with hundreds of captivating islands running along the coastlines and boasting an exceptional heritage, the Adriatic surprises, dazzles and enchants. Setting sail from the sublime city of the Doges, Le Bougainville will head to the Rovinj, the jewel of the Istrian coast. It will then reach the charming fishing village of Primosten, located in the north of Dalmatia, the city of Spilt and its historic centre listed as a UNESCO World heritage site, Hvar, Brac Island, Brijuni archipelago and Pula. Le ship will also call into the Slovenian city of Piran, girdled by ramparts, before returning to Venice the Serenissima and its lagoon. 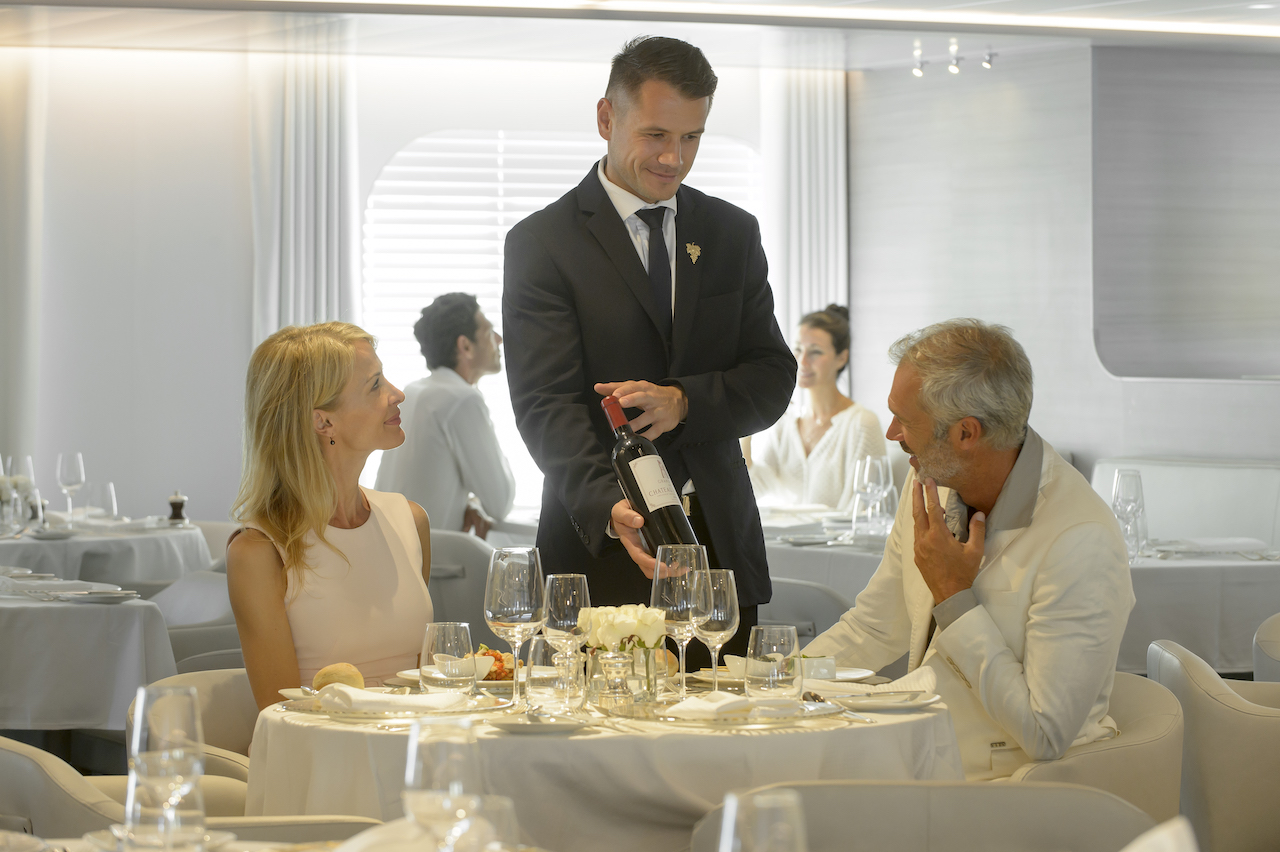 An exquisite interlude awaits on The Mediterranean: in the Footsteps of the Great Civilisations voyage from Valletta to Antalya discovering the wealth of culture and history of the Mediterranean Sea, a link between peoples and crossroads of civilisations. In the quieter month of May, departing from the Maltese capital May 9, 2024, L’Austral will sail towards Sicily and the Puglia region in southern Italy where a stunning coastline combines with historic remains for moments when time seems to stand still. Then it’s on to Greece to the islands of Corfu and Ita to discover the mythical Delphi site and Hosios Loukas Monastery, both UNESCO World Heritage sites. Then comes Athens and Volos in Thessaly before Turkey opens the door to its treasures. The archaeological site of the ancient city of Ephesus recounts the great history of the Mediterranean, this being among the oldest cities of Magna Graecia in Asia Minor. And finally, the majestic city of Antalya welcomes guests at the end of a voyage rich in history and culture.

Finally, the new British Archipelagos and Celtic Shores itinerary explores from the coast of Brittany to the shores of Ireland. Departing April 27, 2024, this voyage on the Atlantic Ocean, at the crossroads of the English Channel and Celtic Sea, will lead to the heart of landscapes of enigmatic beauty, between lush meadows, craggy cliffs and small colourful villages. Departing from the Corsaire city of Saint-Malo, the ship will head northwest to the Channel Islands where nature reigns supreme and the escape is total. It will then head to the charming little town of Dartmouth at the mouth of the River Dart, before sailing along Cornwall’s legendary cliffs to the Scilly Isles, a strange little group of islands where the scenery seems straight out of a famous Enid Blyton book. After two ports of call at Bantry and Cobh, the cruise draws to a close in Dublin, Ireland’s lively and charmingly authentic capital.