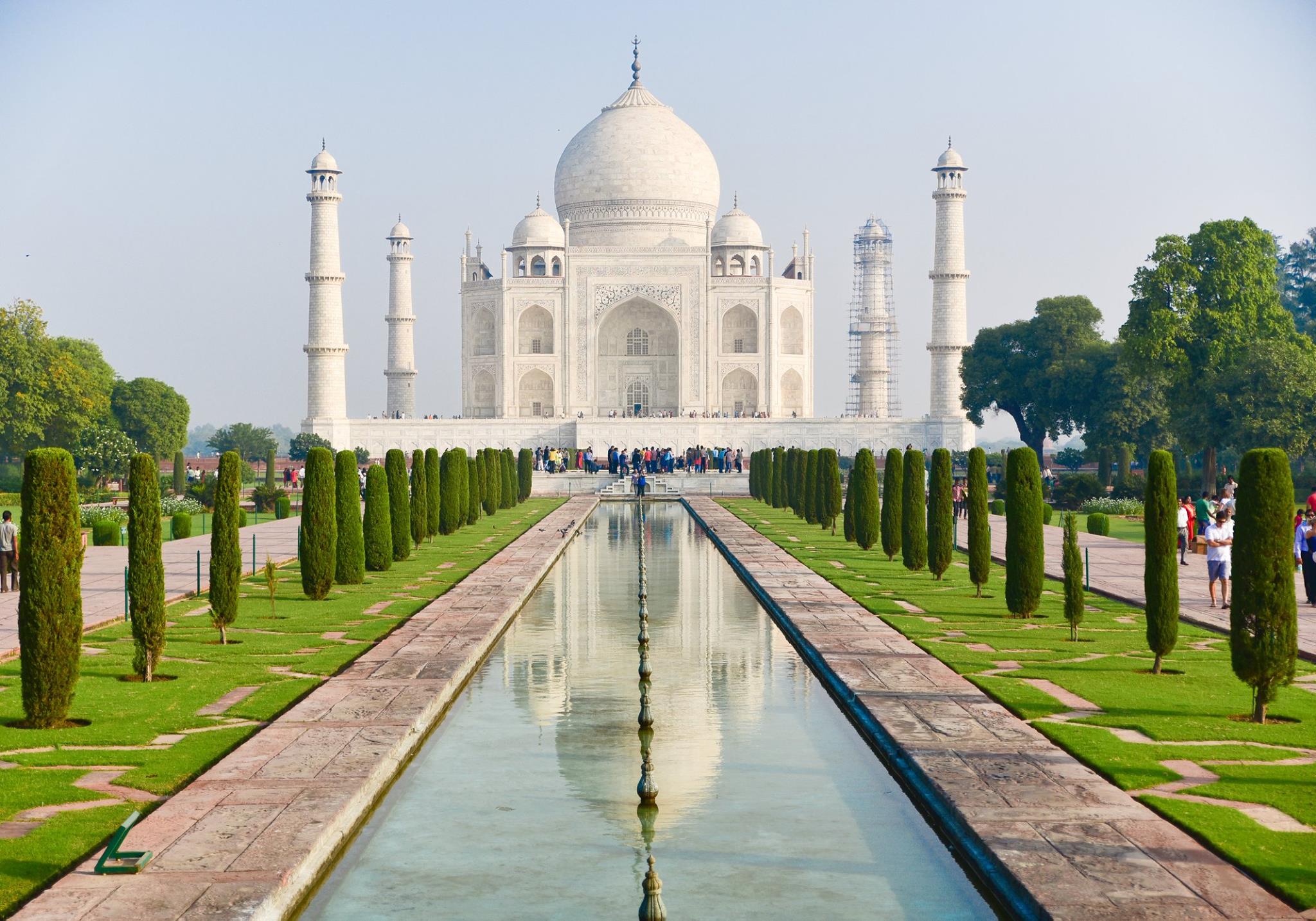 Nick Walton explores the temples, stately palaces and mountain forts of Northern India aboard one of the world’s most luxurious trains, the Maharajas’ Express.

With a blast of trumpets and a cacophony of colour, we step down onto freshly rolled red carpets and into the blazing, mid-morning light of Jaipur, to a welcome reception that will last a lifetime. Dancers and musicians in shimmering blue and gold costumes twirl and sway to the music while a pint-sized, bearded ringmaster in frangipani pink dances guests onto the platform and towards a line of waiting coaches, the musical troop following on their heels.

It’s our first day on the majestic Maharajas’ Express, the world’s most expensive train (it’s won world’s best more than four times at the World Travel Awards), and its seven-day Indian Panorama journey, which visits some of northern India’s most beautiful and important locales, including Jaipur, Agra and Varanasi. The Maharajas’ Express isn’t India’s first luxury train but it’s widely regarded as its best and offers a lavishly simple way to explore the rich heritage and breathtaking landscapes of this fascinating but often challenging destination. 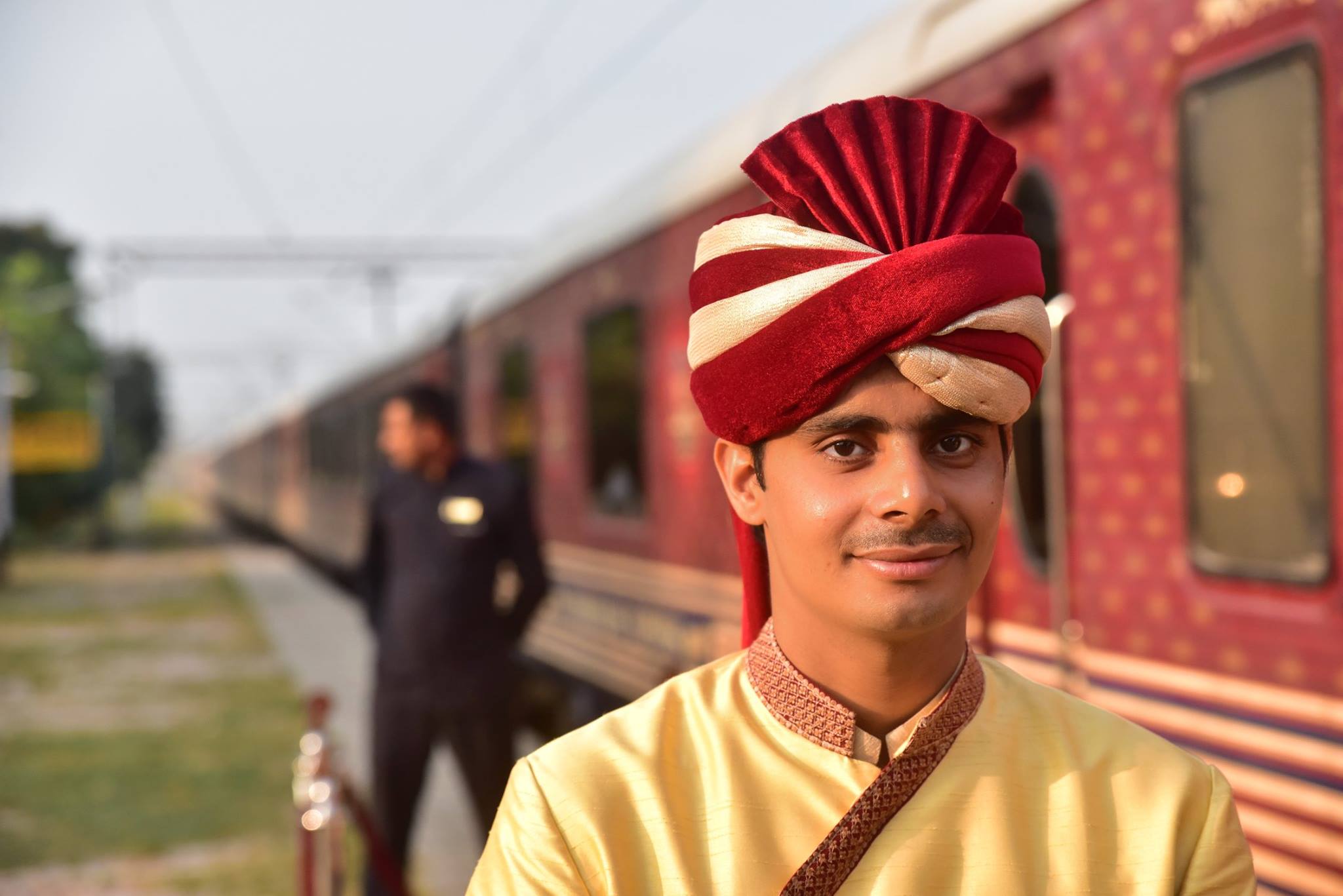 I admit I was a little sceptical when Hong Kong-based luxury travel gurus Lightfoot Travel recommended a luxury train through India. I’d visited the country many times and the impression I got of the nation’s rail experience was more pauper than princely. However, Lightfoot was right on the money and my fellow guests and I had slept like babies on the 260km overnight journey from Delhi’s Safdarjung Railway Station, arriving with the dawn at Jaipur, the capital of the state of Rajasthan.

Jaipur, a key component of the popular Golden Triangle tourist route, makes for a captivating first stop on this intriguing whirlwind tour of the north; Jaipur takes its nickname, The Pink City, from the extensive use of red and pink sandstone in its ornate palaces and residences, including the sprawling Amber Fort, which dominates the horizon from its lofty position atop a rocky peak. Approaching the fort, we curl around mirror-like Maota Lake and climb the mountain in a convoy of rumbling jeeps, passing lumbering painted elephants and stalls selling bamboo puppets, which dance in the morning breeze. Spice and coffee scent the air as we climb to the fort’s entrance, where the stone path is worn to a polish. 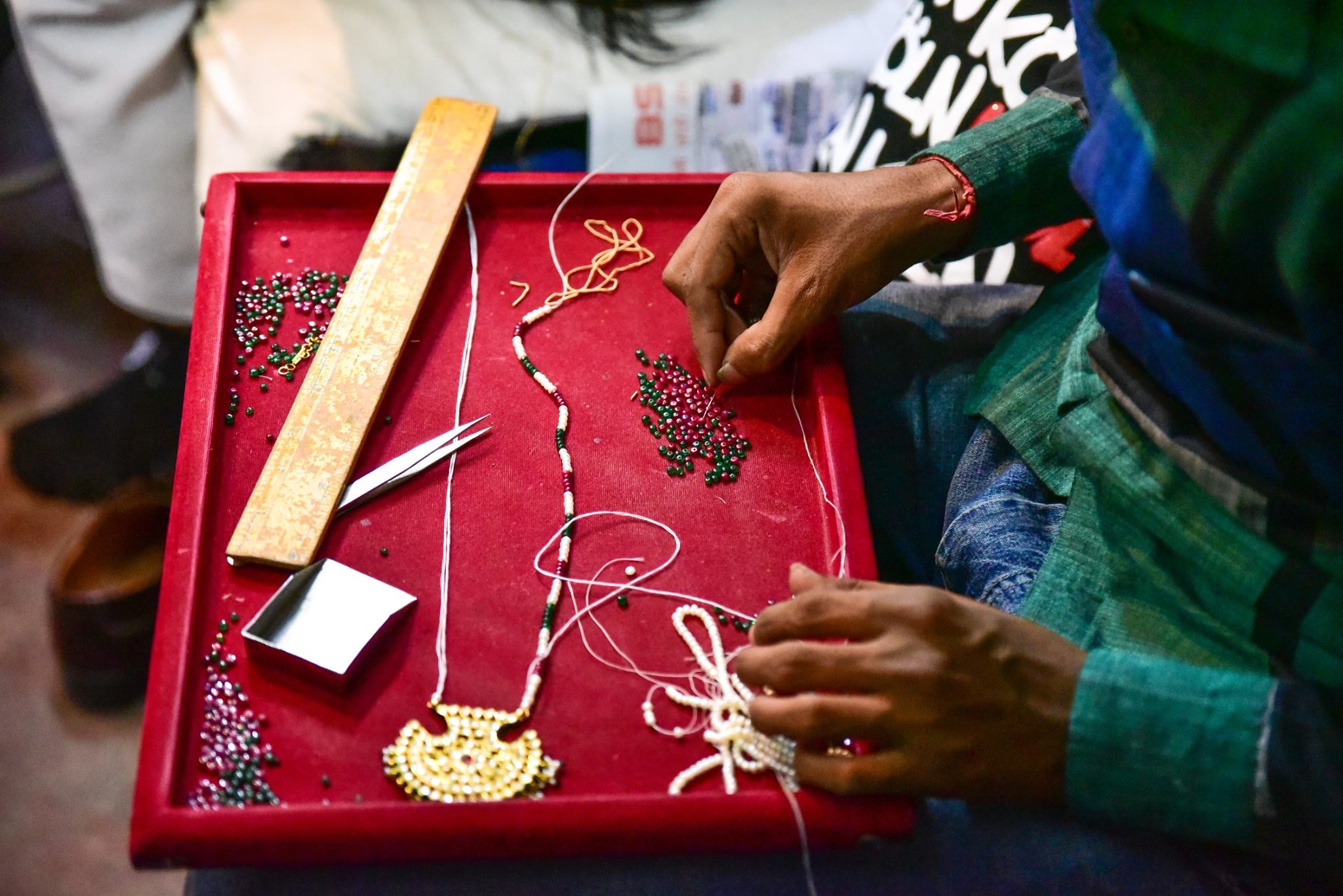 The Amber Fort, also known as the Amber Palace, was once home to the Rajput Maharajas and now receives more than 5,000 visitors a day. We join the crowds, emerging into a vast courtyard, one of four, ringed by exquisite Mogul and Rajput architecture in pale yellow. Ancient fortifications cling to the surrounding mountain slopes like scales as they lead up to the Jaigarh Fort, built atop Cheel ka Teela, the Hill of Eagles, to protect the royal residence below. From the ramparts above the Amber Palace’s Diwan-e-Khas, the Hall of Private Audience, children peak through the stone latticing, while women in vibrant red and yellow saris sweep the courtyards and water the verdant gardens below.

The legacy of Rajasthan’s kings continues back in Jaipur at the stunning City Palace, where we’re welcomed with the same spectacular pageantry, palace guards on horseback towering proudly above the dancing musicians. Built between 1729 and 1732 for the royal family of Jaipur, one wing of the palace is now a museum but as Maharajas’ Express passengers, we’re guided away from the tour groups waiting to enter, passing instead through towering iron-clad doors into the royal residence as women wrapped in pink silk rain rose petals down from the arches above. It’s very easy to feel like royalty making a triumphant return to our ancestral home. 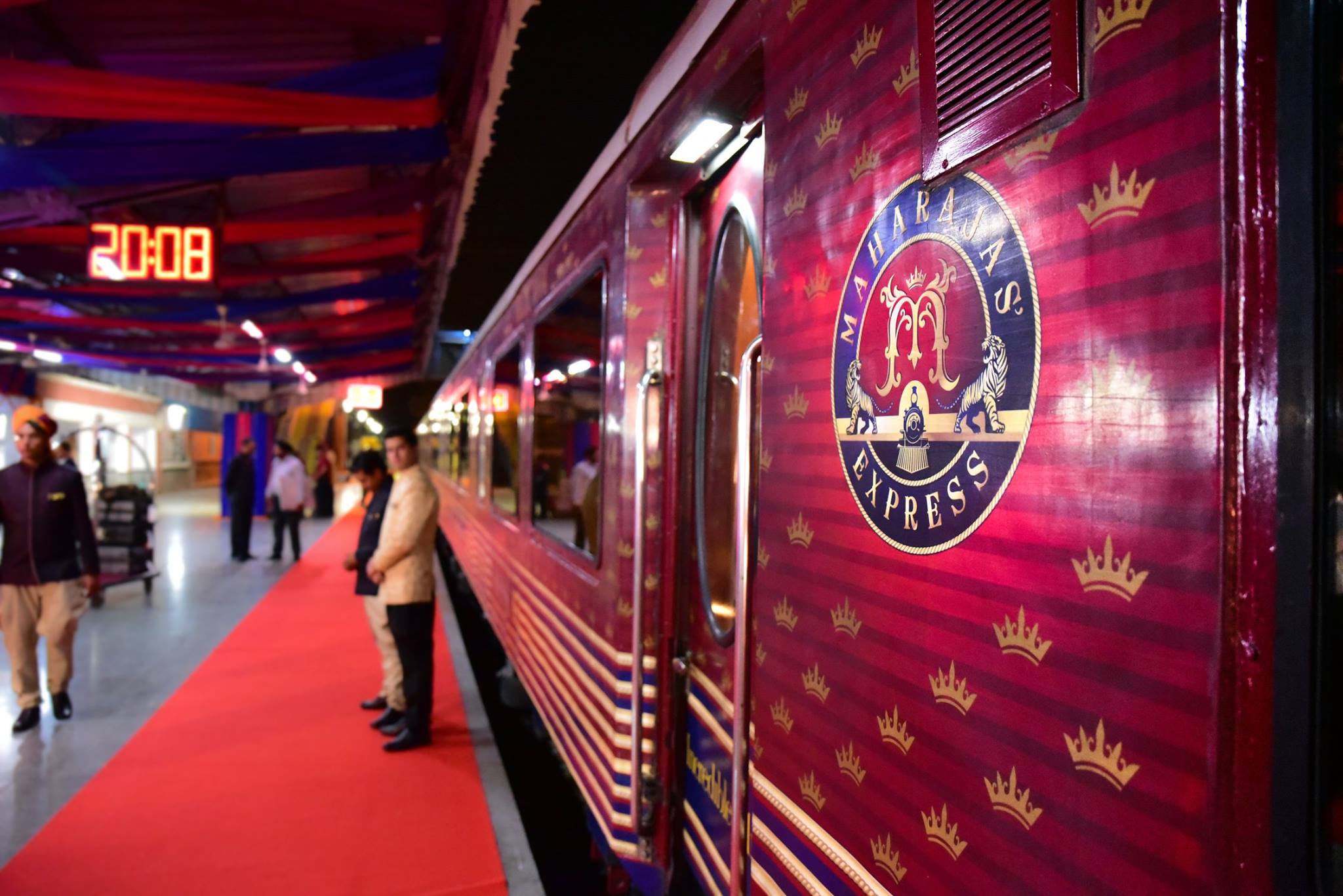 Far from the tourist throngs, we sip champagne in a sumptuous reception room where gilded chandeliers shimmer in the afternoon sunlight, before passing down long corridors, delving ever deeper into the palace before finally reaching sun-kissed gardens where a herd of elephants and two curious camels, dressed in regal attire, graze.

Unique encounters like this are part and parcel of life onboard the Maharajas’ Express, making the journey more like a cruise than a train trip. Each day during the week-long itinerary guests have the opportunity to depart on fascinating excursions executed with military-like precision. The train’s complement of butlers, resplendent in their golden coats, line the platform when we arrive, escorting guests down blossom-lined paths to waiting coaches, and are dutifully assembled again upon our return.

Each day is a different adventure and a new chance to immerse yourself in the ancient history of northern India; we chase the dawn from deep within Ranthambore National Park, passing the ruins of its ancient fortress, the hunting grounds of which have become one of India’s most important tiger sanctuaries. We linger as the sunset captures the red stonework of ancient Fatehpur Sikri, the shadows of the abandoned city’s beautifully-preserved towers reaching across its expansive ceremonial courtyards. In Madhya Pradesh, we decipher the intricate carvings of the Unesco-listed Hindu and Jain temples of Khajuraho with an experienced guide; and in Gwalior, we explore the city’s 8thcentury hilltop fort, late afternoon sunshine streaking between its brilliant mosaicked turrets. At the nearby Saas Bahu Temple, built in 1092 by King Mahipala for his mother and wife, flocks of swallows dance in indigo skies, taking turns to dart through the temple’s stone chambers as they dogfight with dragonflies. 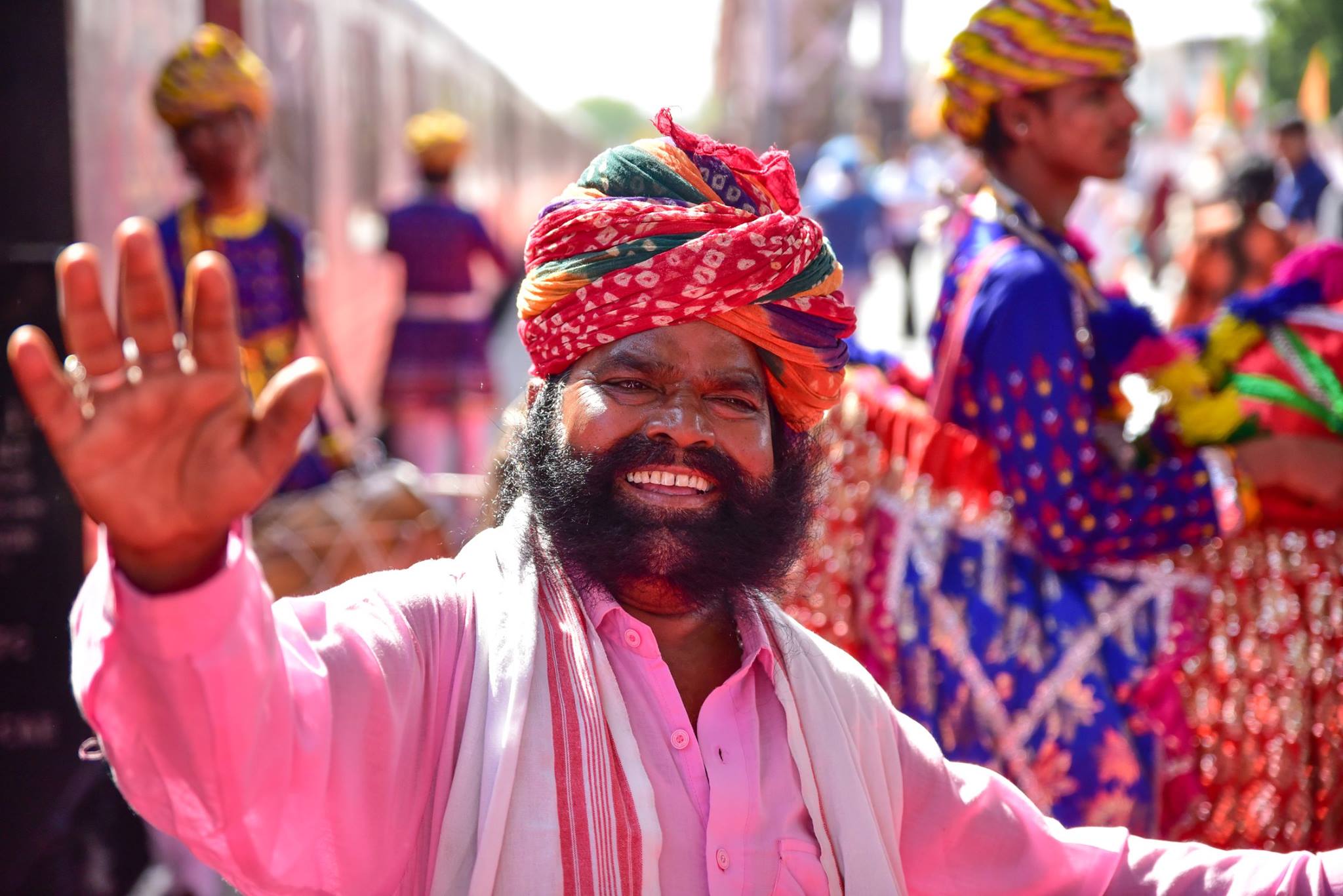 Each adventure ends back in the serene luxury of the train. At crowded city stations and on remote rural platforms, guests pass through the ranks of assembled crew and enter the gleaming train through the Rajah Club, one of two luxurious leather-clad lounges, where barman Vijay Singh, a true highlight of the trip, is waiting with cold towels and freshly shaken cocktails. The Maharaja’s Express boasts two lounge bars; the Rajah Club is the de facto heart of the train while the Safari Club is a tranquil space that waits to be discovered. There are also two restaurant cars – one dressed in warm burgundy and gold, the other in blue silk and silver – where Old World silver service is married with the regional creations of ever-smiling, always-charming chef John Stone.

Despite the bars and dining cars being conveniently located at the centre of the train, it can still be a hike to get to your cabin thanks to some of the largest staterooms on two rails. The almost one-kilometre-long train boasts 14 guest carriages, named for precious stones, with a total of four cabin categories, including Navratna, the two-room Presidential Suite, which occupies an entire carriage. My double cabin, configured with two single beds, is spacious and elegant, with gleaming woodwork, plenty of storage, a large picture window, LCD television, complimentary wifi and an ample-sized bathroom with a walk-in shower. 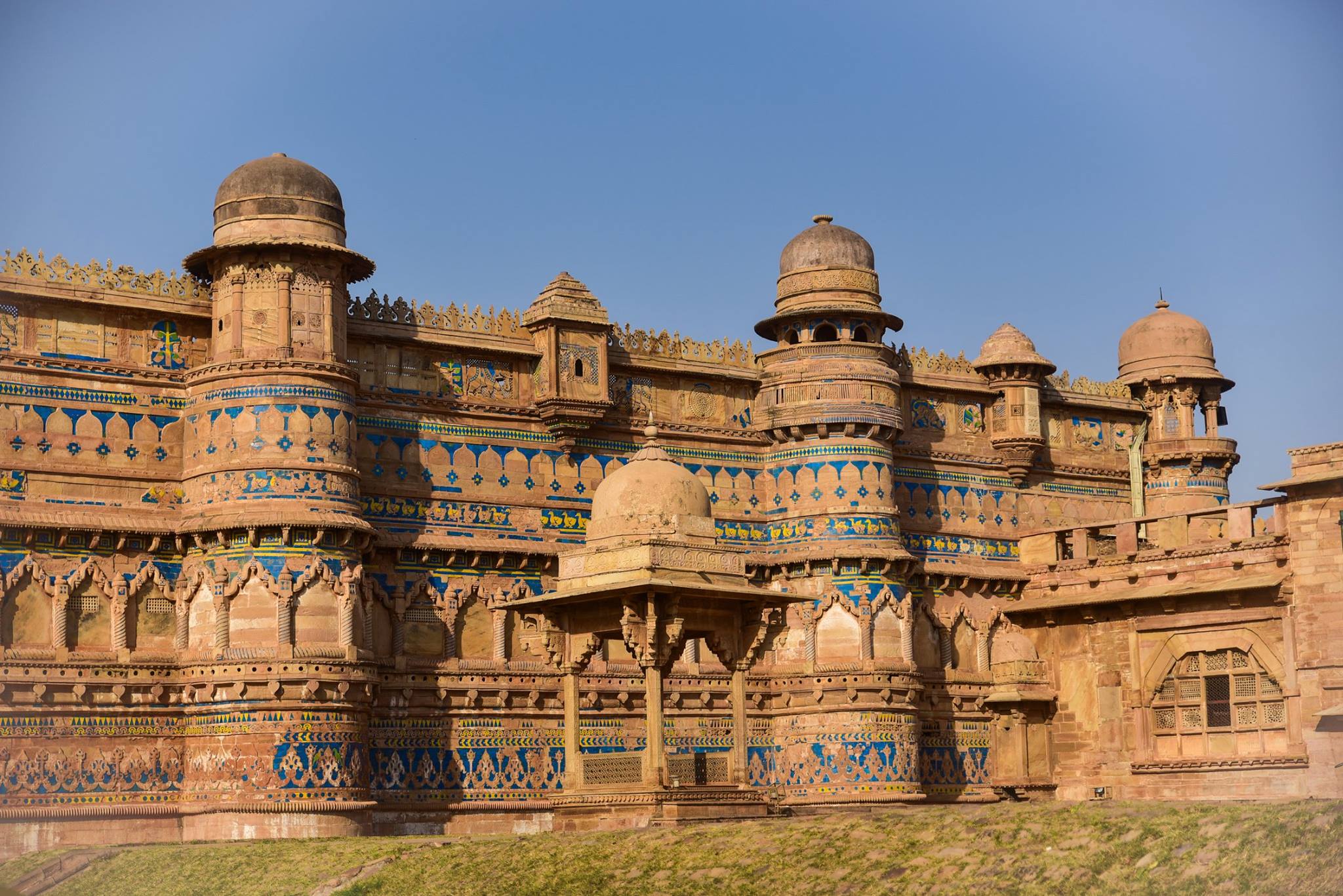 This is the domain of Vishnu, our ever-attentive butler, who appears, genie-like, room key in hand, a shy smile on his face, every time we enter the carriage – no matter the hour. First thing in the morning he is there with piping hot coffee, and as we retire he’s present, with a personalized briefing of the day’s adventures to come. It would be rare to find this level of service in a conventional luxury hotel but in the close confines of an ever-moving train, it’s truly impressive.

There’s no shortage of newfound friends on the train. During the fascinating excursions and on afternoons when the train races across the landscape of Northern India like a burgundy streak, there’s a chance to socialize with guests from around the world: There is the former model from London, travelling with her daughter and a rather eccentric actress-turned-photographer friend; a Jain couple from Toronto guiding their young grandson through his first visit to India; and a well-travelled Mexican duo who have perfected the art of the selfie. We explore the manicured gardens and tranquil ponds of the Taj Mahal at first light with Alice and François Levy, a South African couple who now calls Dallas home, and on an unforgettable evening cruise down the Ganges, join Indian couples from the US and UK in casting candles into the sacred waters while the mesmerizing aarti prayers take place on the banks beyond. 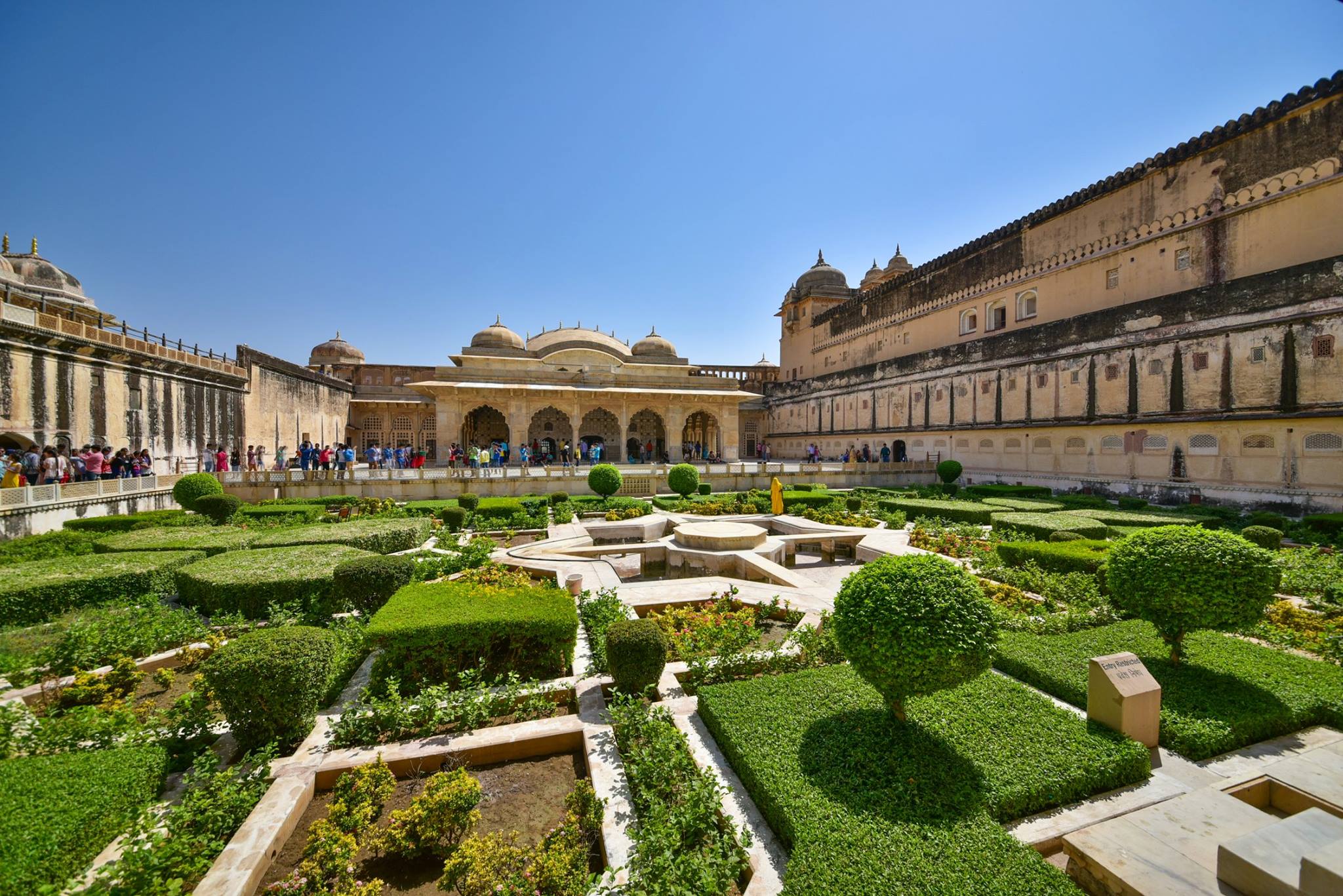 On our last night, as the Maharajas’ Express sprints towards Delhi once more, the train’s crew lead guests, now dressed in pressed sherwanis and vibrant saris, to an impromptu Safari Club dance floor on the itinerary’s “India Night”, a brilliant, music-filled party to end our mesmerizing Indian odyssey in a celebratory fashion of which we’re sure the Maharajas of the north would approve.

How to Travel: Journeys aboard the Maharajas’ Express can be booked through luxury travel company Lightfoot Travel. Prices for a Deluxe Cabin on an eight-day tour start from US$6,200 per person, twin share, including accommodation, all meals and beverages, butler service and guided off-train tours. www.lightfoottravel.com

Seven Seas Explorer to Delve into Oceania in 2023