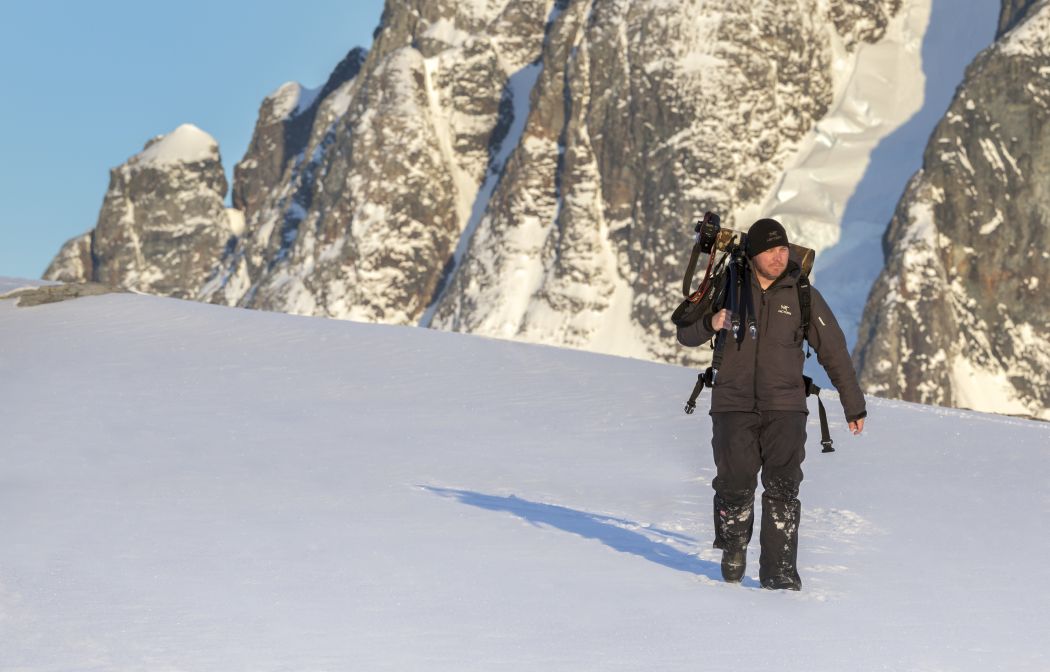 Did you always want to be a photographer?

Can you tell us the story behind your winning shot, Protecting the Kill?

The photograph was taken on the frozen Templefjord, north of Longyearbyen, during a personal snowmobile expedition to Svalbard, Norway, one winter. It shows a female polar bear backlit by the setting winter sun. Her breath was steaming in the freezing air as she guarded a recent
bearded seal kill.

What photographic gear do you usually take on an expedition?

I usually bring at least three camera bodies as I like to photograph with multiple bodies at the same time. This can be really helpful in photographing quickly moving wildlife, where a lens change would result in a missed shot. I also take an assortment of lenses with me, from an ultrawide angle (11mm) all the way to super-telephoto (typically 600mm).

Can you give us some tips on how to capture the Arctic world?

The Arctic is incredible for its grandeur and scale, but it can be difficult to capture in a single image. I tend to focus more on details and look very hard for objects that help give a sense of scale to the photograph. Wildlife is fantastic for this, but I might equally include an expedition ship in the image or perhaps even a solitary bird on an iceberg. I also like to photograph wildlife in the context of their environment. It’s very important to get down low to eye level with your subject in order to connect with it and to create more intimate images. 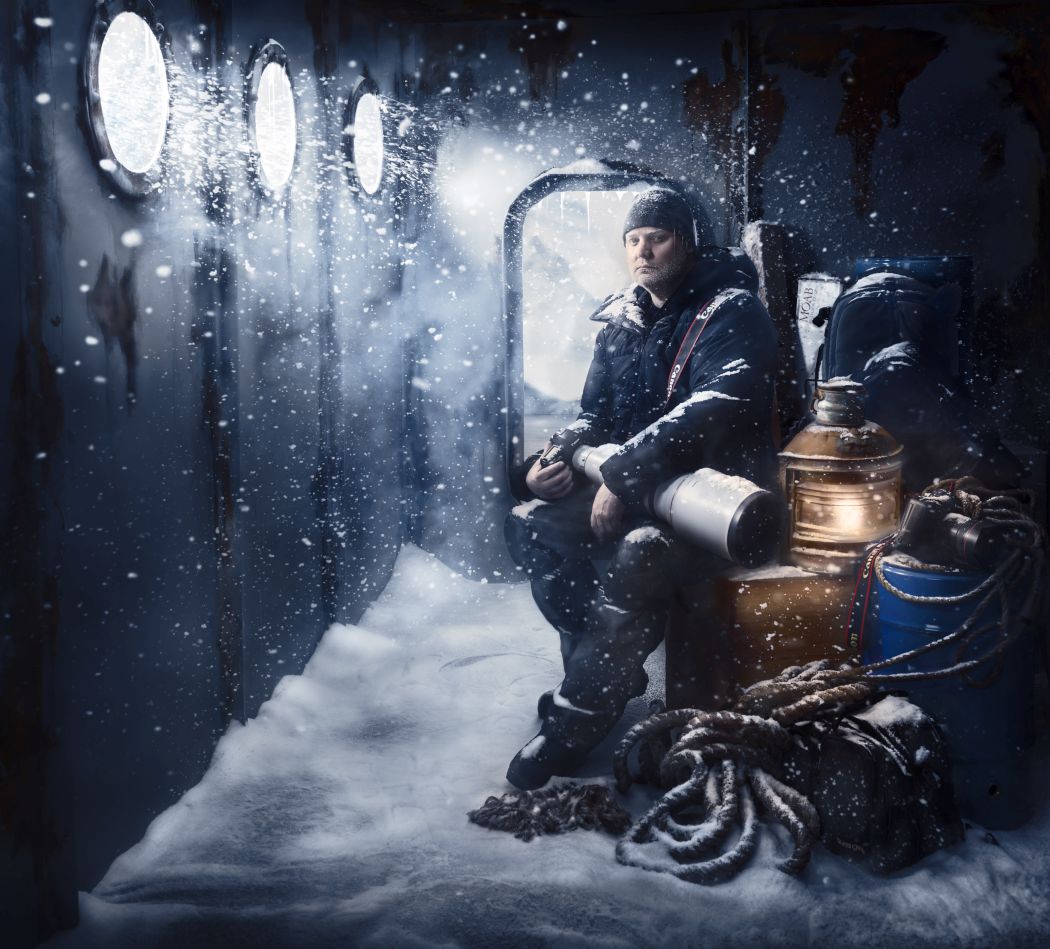 Besides cameras, what are five essentials we will find in your backpack?

An EPIRB (Emergency Position Indicating Radio Beacon) – when you set it off, a rescue helicopter will come to get you out of a tough spot; a portable handheld GPS; knee pads, as I spend a lot of time kneeling and lying on the ground when I’m working in the field; a set of microspikes for my boots to ensure I don’t slip on ice; and a small, lightweight buckwheat filled beanbag, which makes a great support for a heavy lens.

What are your favorite destinations other than the Arctic and Antarctic?

Outside of the Polar regions, I have been to Africa three times to photograph the giant sand dunes of the Namib Desert; it’s one of the oldest deserts in the world and the destination is pretty incredible. In addition, New Zealand remains one of my favorite places in the world, specifically the South Island with its precipitous mountains that plunge straight down into temperate rainforests and wild beaches.

How has the Arctic changed during your career?

The most visible change in the Arctic is the melting of ice caps. In the last five years alone, I have witnessed dramatic deflation and retreat of many of the glaciers across the Arctic. The melting of ice caps not only has a profound effect on the landscape, but also the wildlife that depends on ice for survival. With thinning sea ice there is less possibility for ring seals to have their pups, and with less ring seals there is less food for polar bears. 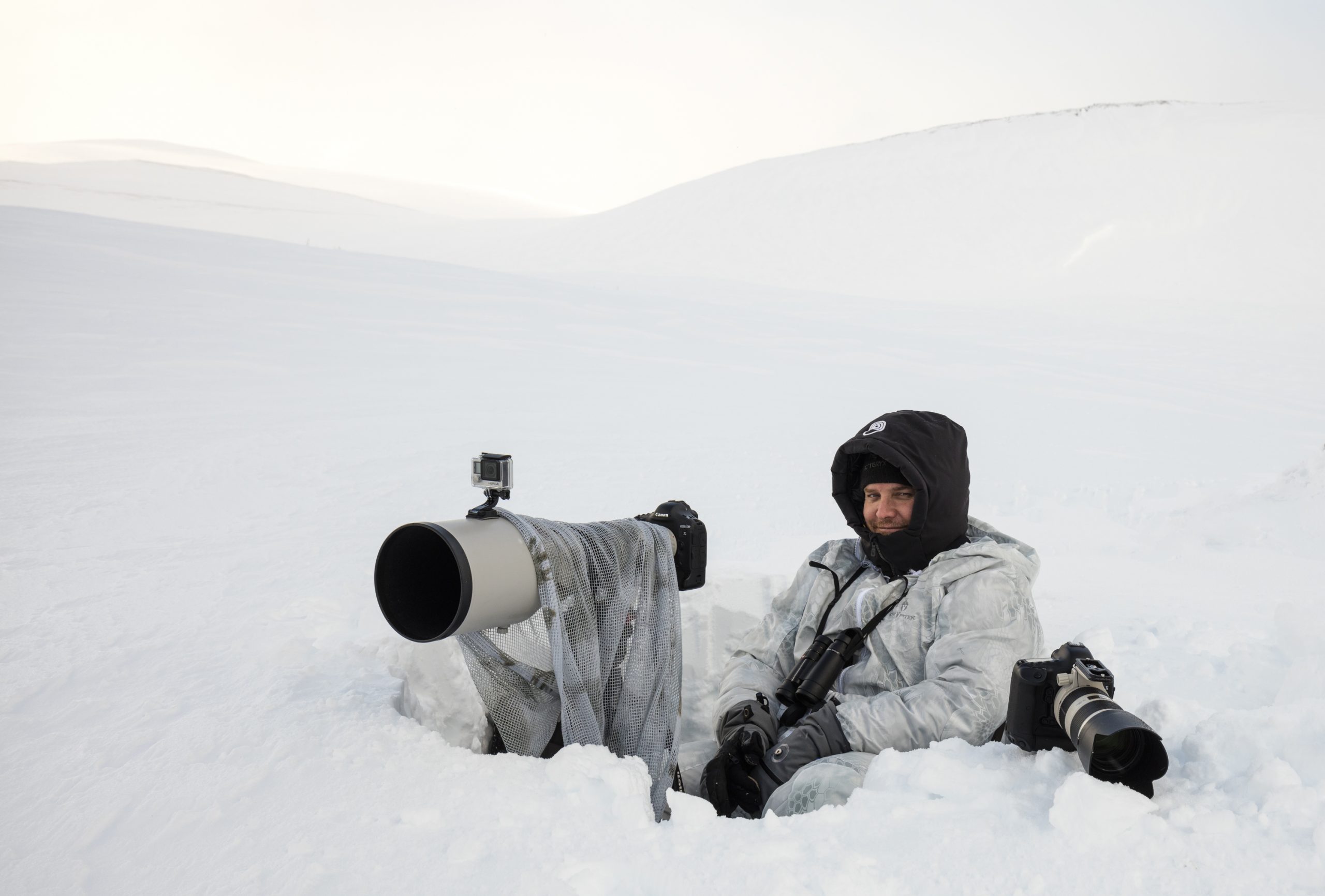 Where’s your next destination?

At this stage, I am planning to return to Svalbard in April this year for a winter expedition. That of course is dependant upon the rollout of the vaccine and international travel opening up and becoming viable. After that, I will have a break until July when I will again return to Svalbard for polar bears under the midnight sun. From there I will head to Greenland for an East Coast expedition and then onto Finland for wolves and wolverines. From there I will return to  Mongolia for the Pallas’s cats and snow leopards. Of course, it’s all a moving target at the moment, but it’s good to have a plan.

Oceania Cruises Presents a Host of Free Land Programs for 2023