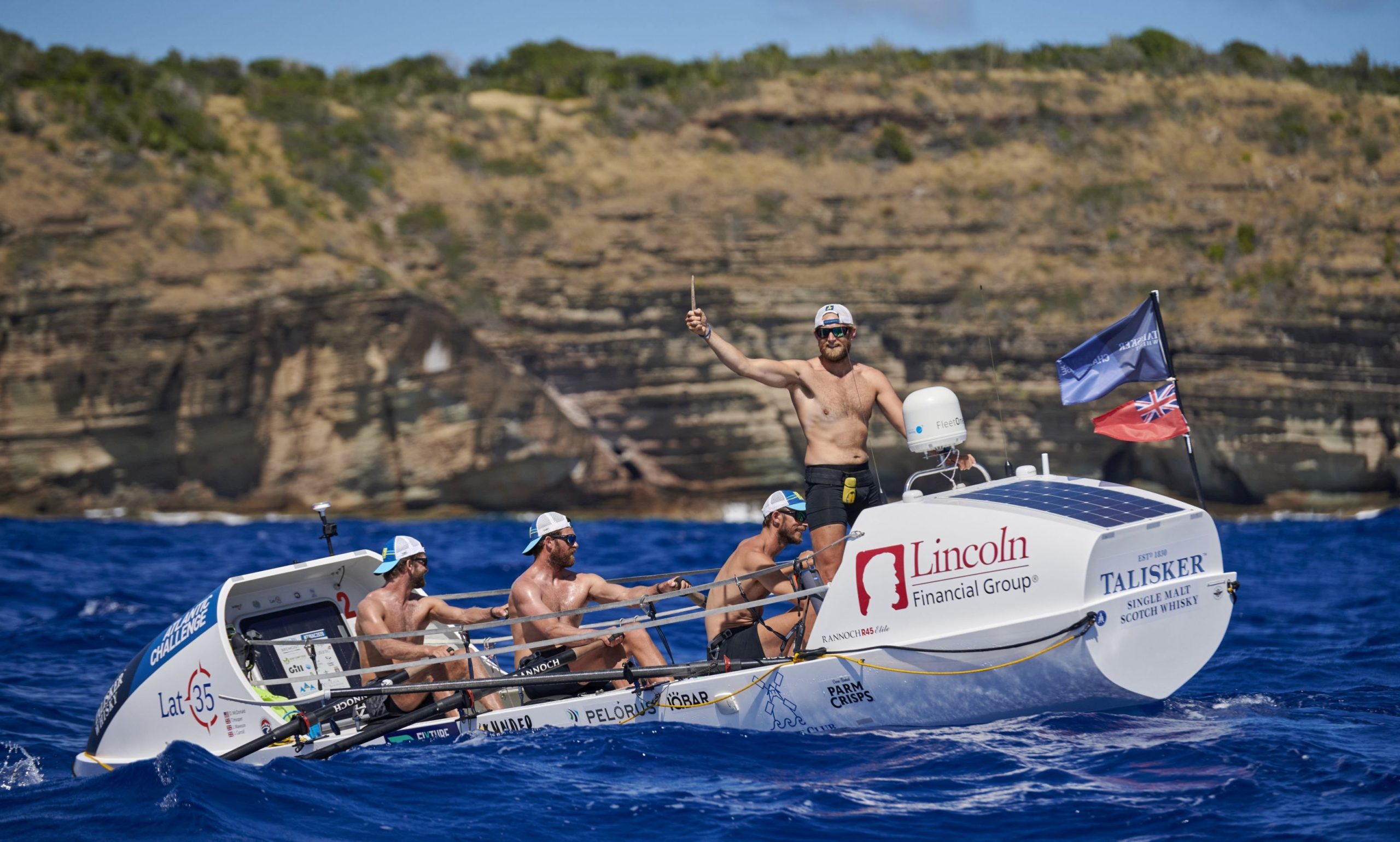 Fresh from his winning row across the Atlantic we talk with Jimmy Carroll, co-founder of travel company Pelorus, about marlin attacks, ocean conservation, and preparing for the challenge of a lifetime.

While many of us would struggle to row a simple rowboat in the right direction, Jimmy Carroll and the three members of the Latitude 35 team, recently won third place overall in The Talisker Whisky Atlantic Challenge, a fundraising project for the newly-established conservation charity Pelorus Foundation that saw the team brave 40-foot waves, broken oars, electrical failures, and even a marlin attack as they rowed across the Atlantic.

Congratulations on completing such an amazing feat. What inspired you and your team to row across the Atlantic?

This was a challenge I had wanted to compete in for a while and I have had numerous friends take part. The completely unsupported nature of the race certainly got me intrigued and the battle against mother nature is no small challenge. I was asked to join Lat35 in 2020 and the lockdown had just come into play. At that point, I was looking for a challenge to guide me through lockdown and give me something to focus on outside of work.

What was the preparation like for the row? How many months ahead did you have to train, and did you do any other long-distance rows to prepare?

Training during Covid meant that we had to be resourceful as gyms were not open for the majority of our training period. My wife, Thea, had sourced some weights for us at home and we had a pretty good setup and with the addition of a rowing machine, I was in a lucky position.

When the gyms reopened it meant we could vary our programs. We had an amazing physical and conditioning coach in Gus Barton who specializes in ocean rowing training; he had us all on individual programs that mixed weights, rowing machine sessions (killer sessions!!), and core stability/mobility sessions. As a team, we had to complete a minimum of 120 hours on our boat and we managed to squeeze this into a five-day training camp and then four long weekends.

We had the added complexity of Dixon being based in New York and so we had to get him over to the UK for all the boat training. In addition to time on the boat, we had to undertake courses in medical training, sea survival, and radio and navigation. 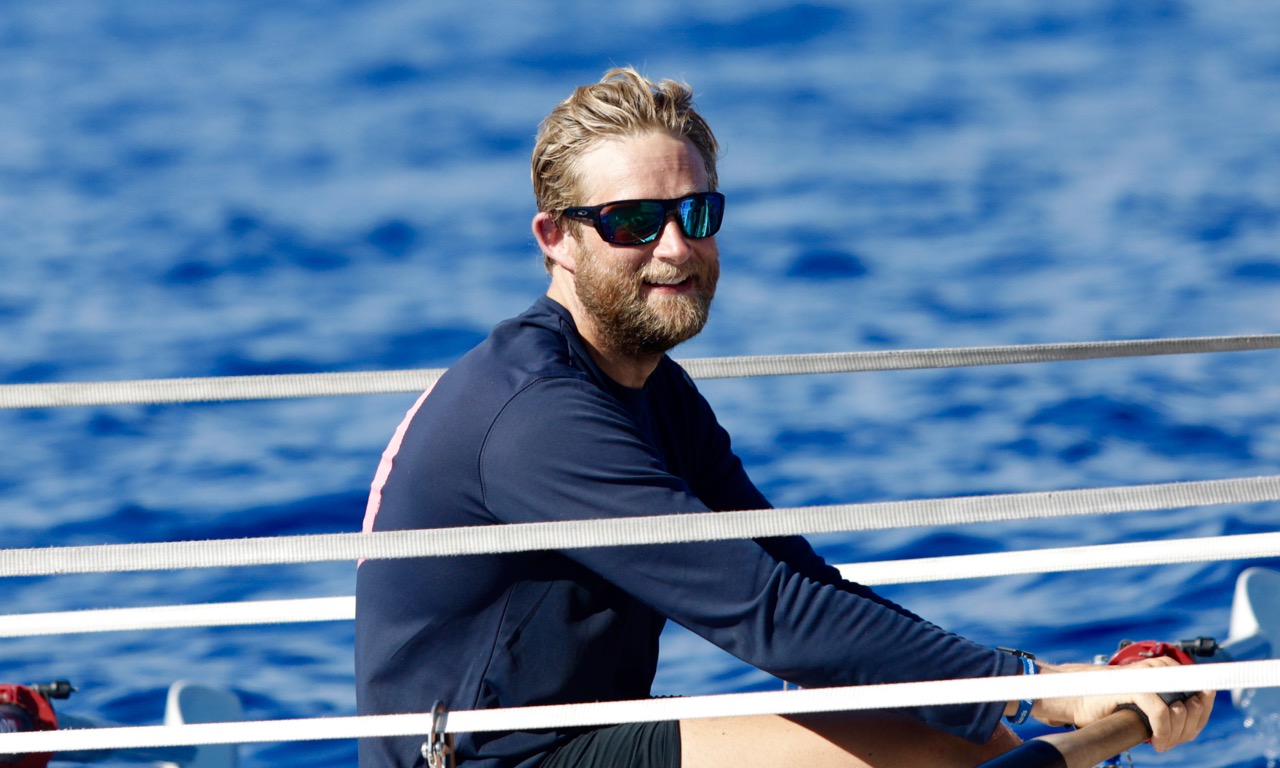 What was the set-up like during the competition? Was your team absolutely alone for large portions or was there always a support vessel nearby?

The race is fully unsupported, but they do have two support vessels that make their way across the Atlantic during the time of the race, their main aim of which is to gather media on the teams, and they do not see all of the teams as it depends if you are on the same course. Our boat is a Rannoch R45 and is 28ft long. We have two cabins, one in the bow and one in the stern. I was in the stern with Todd and in the cabin, we have all the navigational equipment, autohelm, battery monitors, and radios, therefore we manage and look after all of these functions throughout the row. This is also the smaller of the two cabins and there is really only enough room for one person but when in storm conditions there could be two of us in there.

How many hours a day would you be rowing?

The shift pattern we worked to was two hours on, two off, 24/7. Therefore, we would row a minimum of 12 hours a day. However, as a team, we decided to row extra hours each day, and sometimes this would be up to two additional hours broken down into smaller chunks and we would normally add 30 minutes onto the end of our two-hour sessions. For the first 24 hours of the race, we rowed with three people on the oars throughout and this resulted in a shift pattern of two hours on and forty minutes off. There was one very large storm we encountered where Dixon and I had to row for six hours non-stop. 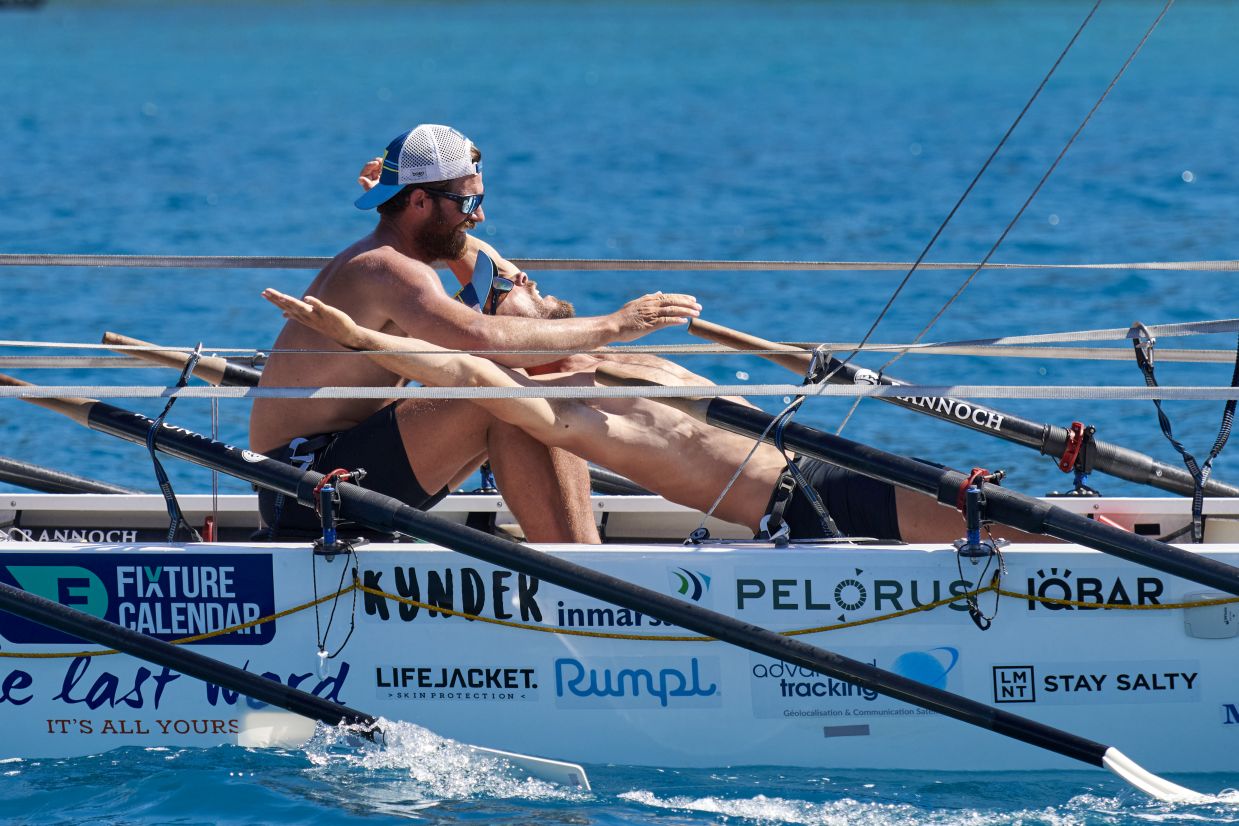 What were some of the challenges you and your team faced on your adventure?

As a team, we prepared for most eventualities and war-gamed them with our coach, Angus Collins. However, I don’t think any of us would have thought that we would be hit by nearly every challenge we had thought and then some more. Our first big issue was on day three when our boat lost all its electrical systems; this is a big problem as we were left with no navigational instruments, GPS, radios, water maker, and autohelm. Hand steering the boat takes up a lot of manpower as you end up having three people on all the time and this reduces the rest time. I had to rewire the boat and do this whilst on the satphone to the electricians at the boatyard in the UK – not an easy job whilst in large swells mid-Atlantic. We then had some tremendous storms that nearly resulted in us capsizing twice and snapping an oar.

What motivated you most when the race was at its most difficult?

As a team, we spoke at length about mental resilience and the challenges we would face. We also took time to understand each other’s touchpoints, our strengths and weaknesses, and any personal matters that may bubble up when exhausted and in an alien environment. You have to look at the challenge day by day as the enormity of it is too much to digest otherwise. Making sure you praise each other for the hard work put in and the small gestures are key to keeping everyone pulling in the same direction. 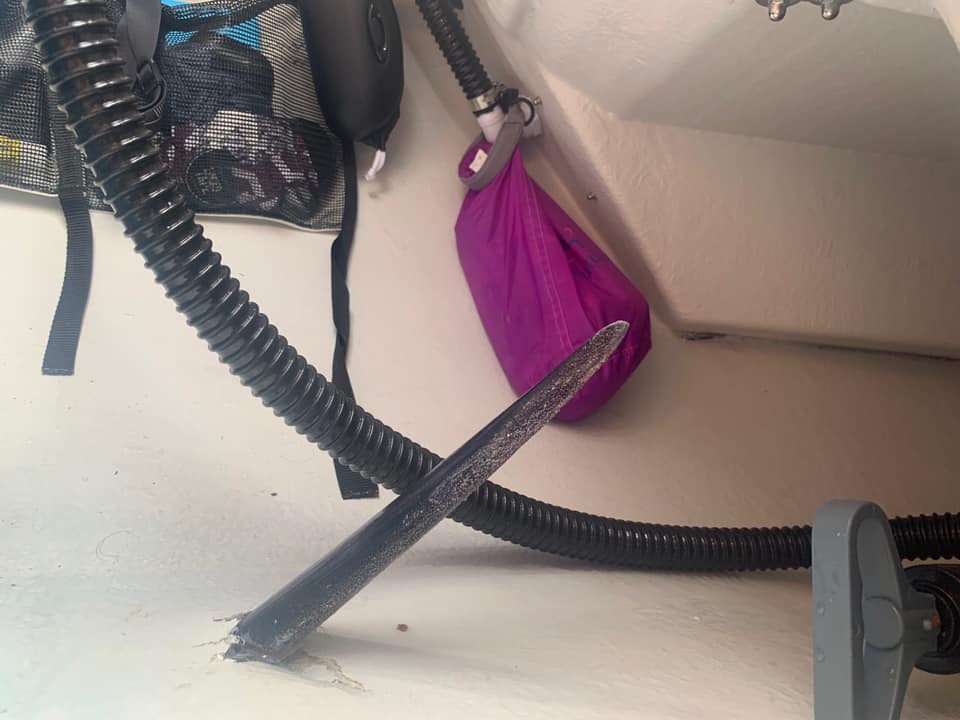 What was more frightening for you, the 40-ft storm waves or the Marlin attack?

The marlin for sure as it was just so surreal. It was the rudest awakening I have experienced and something that we as a team had never dreamt of happening. I was sleeping in the stern cabin on my off shift and it was just after 2 pm. Todd and Dixon were both on the oars and suddenly we were hit by something that felt we had been rear-ended by a vehicle. The force of the impact moved our boat 2 to 3 feet and with the all-mightiest bang.

I woke immediately and thought we had been hit by a giant wave similar to some we had experienced during the storms and my immediate action was to ask if the boys on deck were OK. They reported back they were fine but asked if I was OK as they thought we had sustained some serious damage to the rear of the boat. I calmly said all was OK and lay back down in the cabin. Seconds later I screamed “F*&K” when I realised we had been hit by a giant spike and that the hull was penetrated, and we were taking on water. On further inspection, the bill of the marlin had penetrated the bottom of the boat and come through into our cabin and missed my thigh by no more than a centimeter.

Our immediate action drills kicked, and we called the race organisers and set about repairing the boat. Jono came back to the stern cabin and between us, we sawed off the bill and plugged the 7cm diameter hole with epoxy resin, before sealing the leaks with a petal formation. Each application of resin takes approximately 45mins to set. Jono then went into the water to apply the resin around the 2/3 inches of the bill that was still stuck in the hull. The whole incident took about 6.5 hours to repair and then we were back underway. 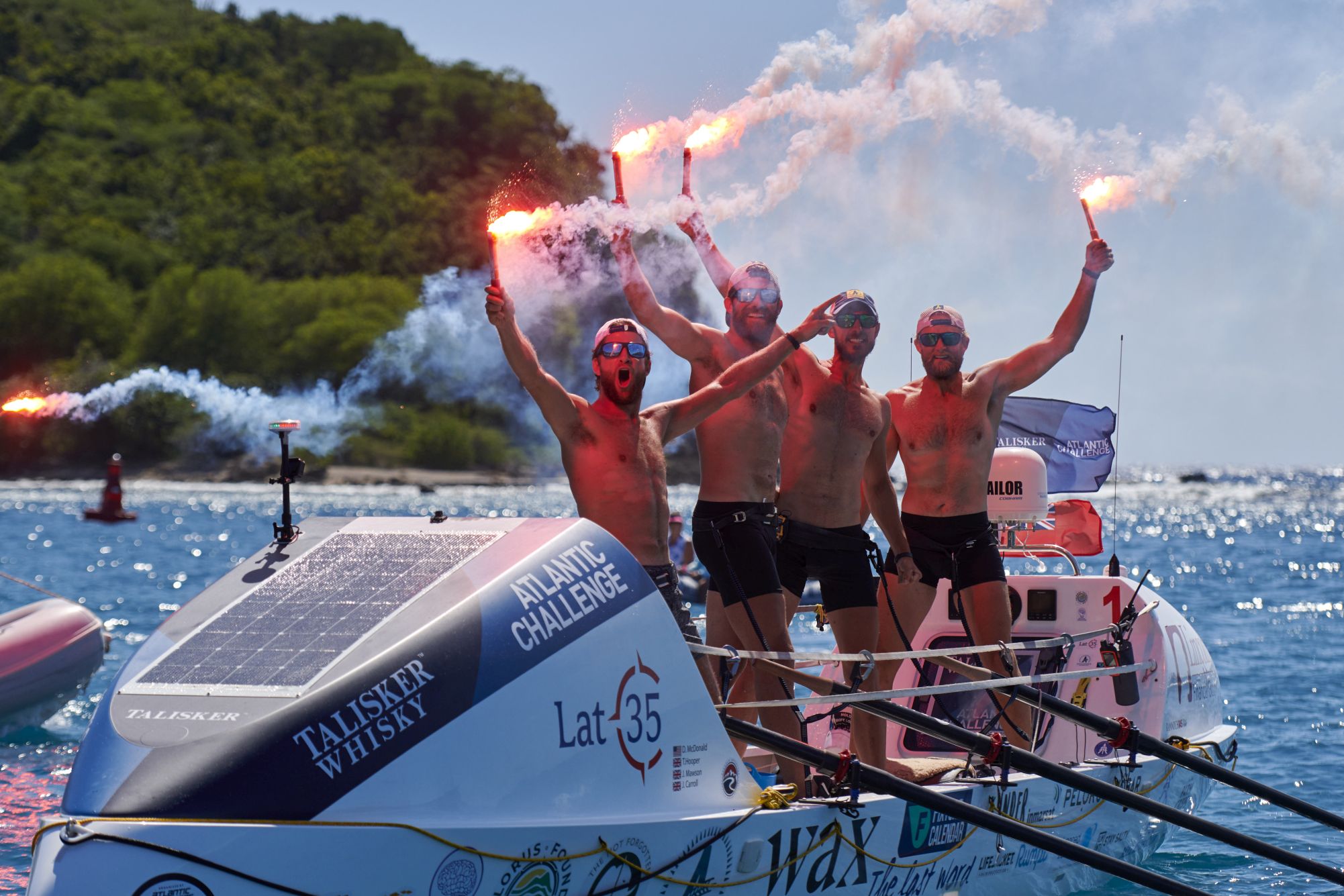 Tell us a little bit more about the Pelorus foundation. What made your team gravitate to their specific message of conservation?

It’s a stand-alone, registered charity, with a dedicated team and board of trustees to ensure it delivers far more than a traditional travel company foundation. The new conservation charity has a mission to protect, preserve, and promote ‘at risk’ wildlife and environments across the planet.

The goal of the Foundation is to protect hundreds of square miles of wilderness by 2025, which it hopes to achieve by creating and building on projects that accelerate the pace of change towards a more sustainable future. The Foundation will support a spread of marine and land-based programmes, in partnership with local charitable partners, to tackle core sustainability issues such as wildlife crime, marine conservation, and forest protection. These will be selected for their ability to make the greatest impact on the degradation of flora and fauna and to empower and employ local communities.

What was the most impressive spectacle of nature you saw on the row?

We experienced incredible highs and some lows throughout the race but take-home memories included a humpback whale breaching 50 meters from us, a pod of 1000s of dolphins, and a meteor shower lighting up the night’s sky with 1000s of shooting stars. 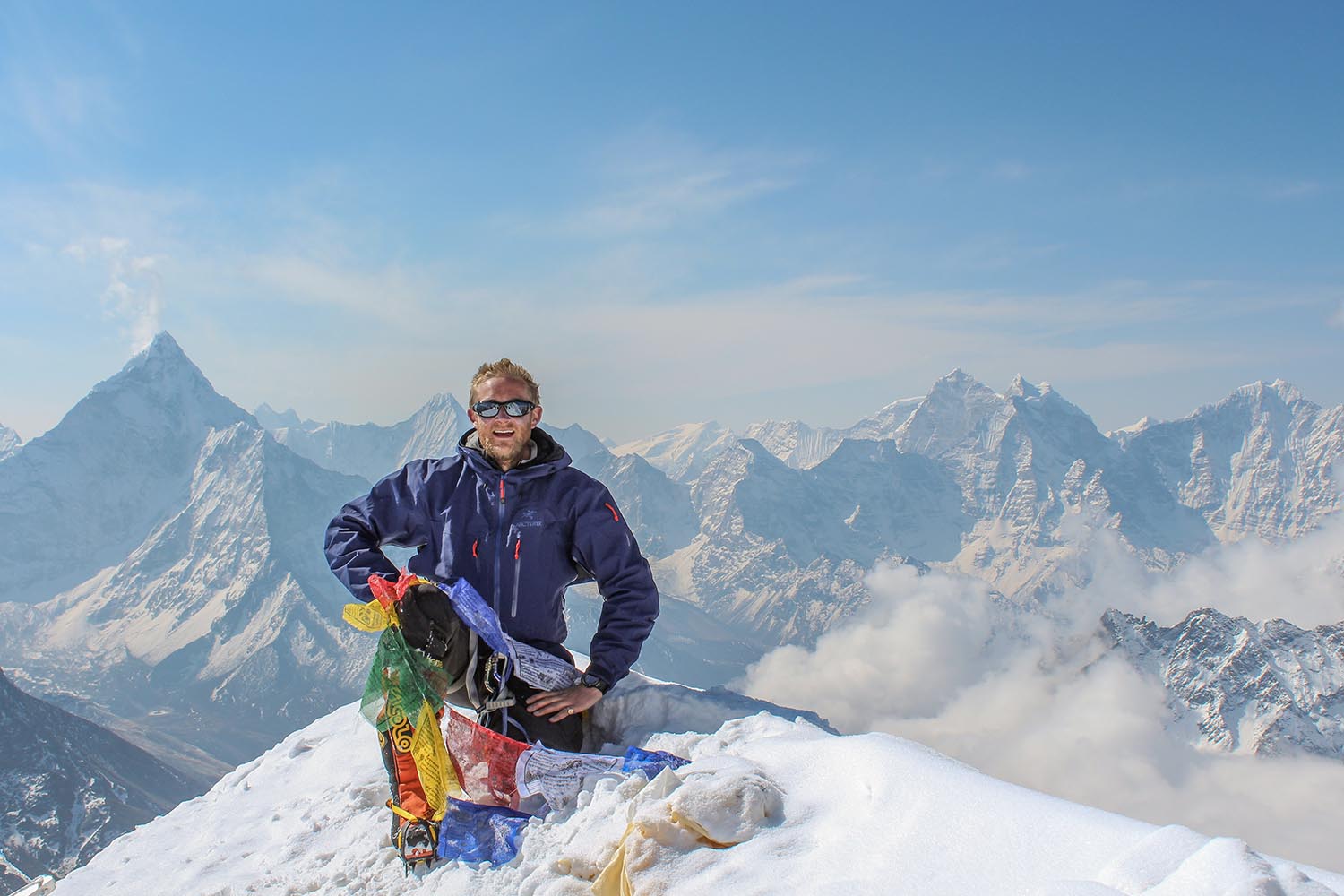 What message would you like to send to those concerned with the state of our oceans?

We know less about the world’s oceans than we do about space. However many people don’t realize just how important the oceans are to the world’s ecosystem and the fine balance they play in keeping harmony on our planet. We must start a green revolution and ensure that it is built into the manifesto of every government, company, and education system to ensure that we start to claw back the damage we are doing to this world.

What’s next for you and your team? What can we look forward to?

Great question; I’m enjoying being back on dry land and having some downtime whilst also getting back into work. I am currently living and working in Costa Rica for a month with my wife, business partner, and a couple of friends and will make the most of working from here. There are a few challenges that are shouting out at me and some unfinished business, such as Everest, so watch this space…

The original version of this story ran on ALPHA MEN ASIA. 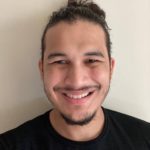