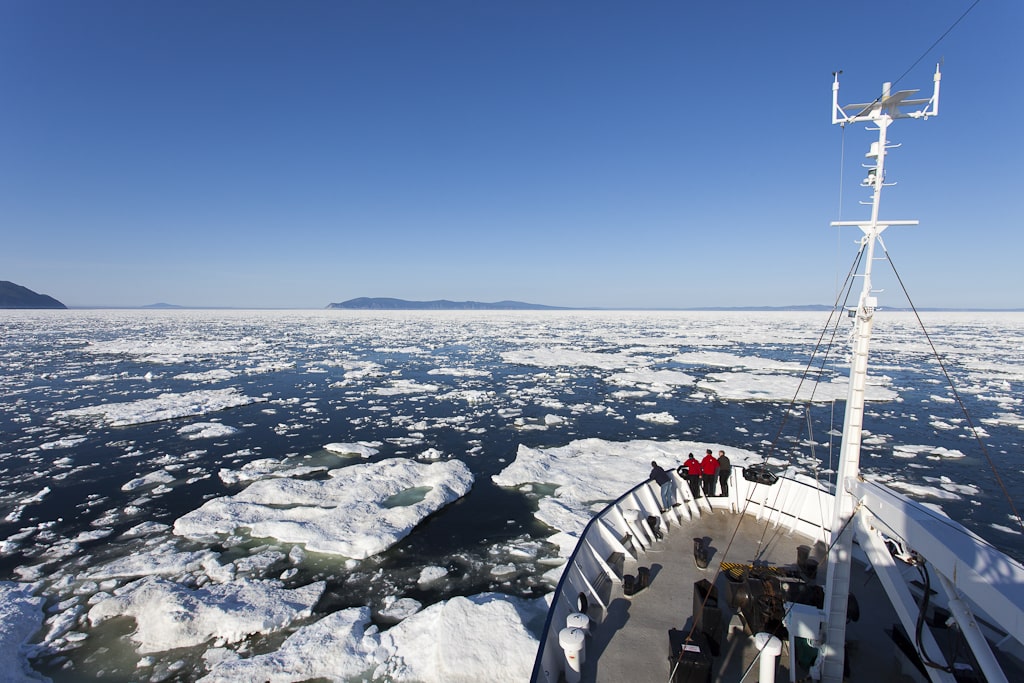 The 19-day In the Footsteps of Nordenskiöld itinerary is an addition to the company’s 2021 Russian Far East season and is aimed at true adventurers with an interest in the remarkable history, geography, and wildlife of the uncompromising Northern Sea Route.

READ: Escape to the Sugar Isles

Retracing the first-ever transit of the Northern Sea Route, and created in consultation with Heritage Expedition’s Russian history experts, the expedition offers intrepid travelers the opportunity to explore some of the least known and seldom visited shores on the planet, including the Severnaya Zemlya Archipelago, the New Siberian Islands, Novaya Zemlya (New Land), Cape Chelyuskin, De Long Islands, and the Nordenskiöld Archipelago.

Those seeking wildlife will not be disappointed, with much of the region’s abundant wildlife likely encountered, including polar bears, walrus, whales, and birdlife with twitcher favorite the ivory gull, among them.

“This is an authentic expedition in every sense,” says Heritage Expeditions commercial director and expedition leader Aaron Russ. “In the Footsteps of Nordenskiöld recreates one of the world’s great explorations visiting the many islands and locations Nordenskiöld himself discovered and described during his history-changing expedition.”

Travel is aboard Heritage Expeditions’ ice-strengthened Russian research vessel Akademik Shokalskiy, herself no stranger to the region having participated in Soviet convoys during the late 1980s. She also completed a double transit of the Northern Sea Route with the company in 2017.

The new voyage follows minor amendments to Heritage Expeditions’ Russian Far East 2021 schedule, which also sees the company’s popular Sea of Okhotsk expedition now embarking from and ending in Magadan, allowing guests to enjoy an extended period of time exploring the wildlife-rich waters within the region.

Guests joining this departure also have the option to stay on board for a complimentary ocean voyage as Akademik Shokalskiy is transferred from Magadan to Petropavlovsk-Kamchatskiy at the completion of the voyage. The additional three days onboard will be sea days, with a minimal expedition program, giving guests a chance to unwind in the ship’s library, bar, and on the bridge.

READ: This Aussie Wildlife Lodge Will Blow You Away

In the Footsteps of Nordenskiöld departs Murmansk on September 12, 2021, arriving in Pevek on September 30, with prices starting from US$13,900 for a Main Deck, twin share berth.

The Sea of Okhotsk itinerary departs Magadan on June 17, 2021, and arrives back on June 27, or June 30 for guests disembarking in Petropavlovsk-Kamchatskiy. Prices start from US$7,100 for a Main Deck, twin share berth.

How about a heli safari over Antarctica? . . . #cr

We travel to the former pirate lair of the Seychel

Venture to remote Svalvard to spy the majestic pol

Did you know that the Galapagos Islands are one of

Having postponed operations in 2020, SkySafari rel

If you're already planning post-Covid adventures,

If you're looking to conquer the great outdoors we

Where would you rather be today?

Expedition cruising is taking off in a big way! Wh

Where would you go to see the Northern Lights? We

Did you know that guests at the Four Seasons in th

Watch a Total Solar Eclipse in 2021