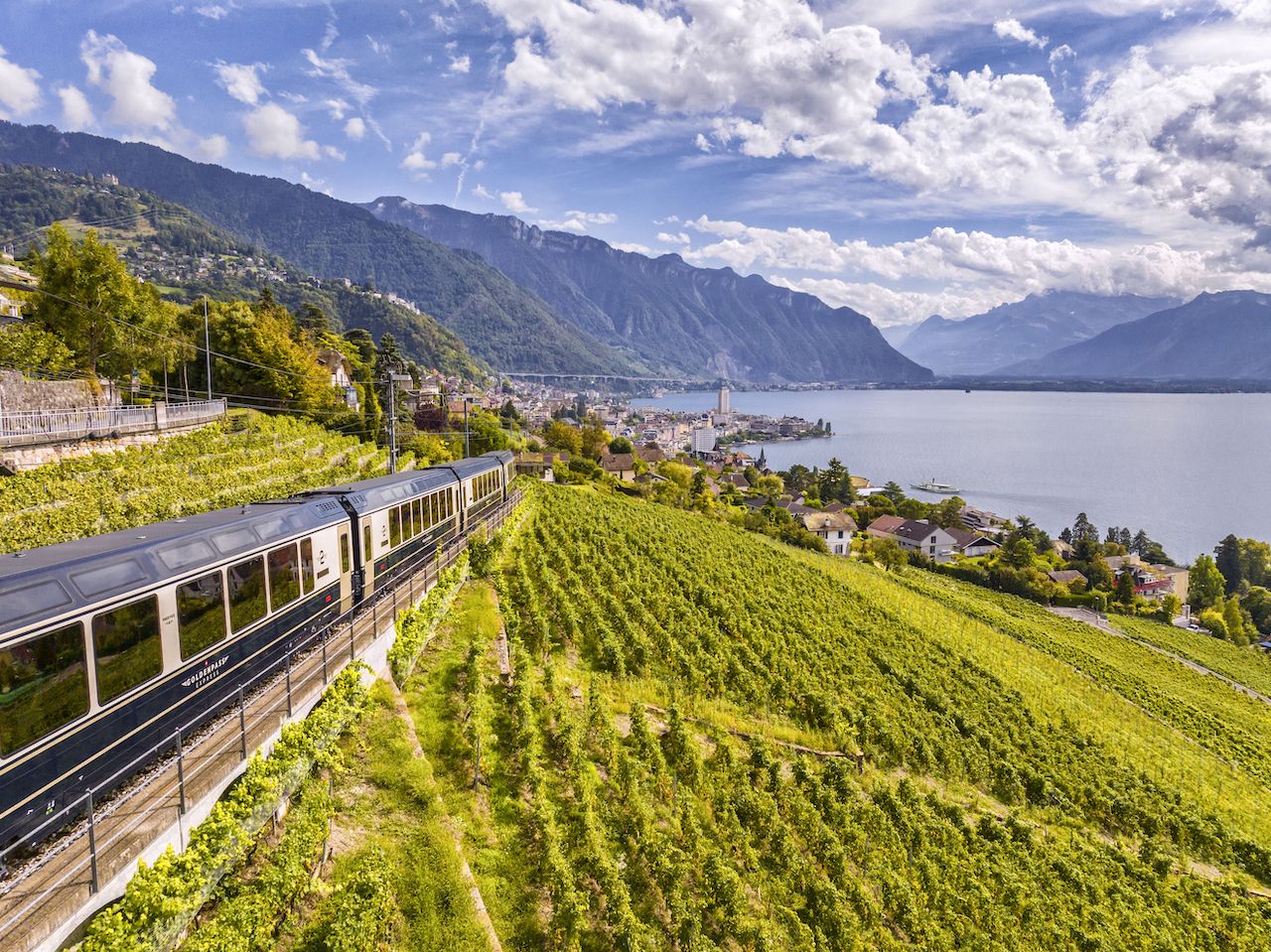 The canton of Vaud in Switzerland is set to launch the highly anticipated 115.34km GoldenPass Express Line next month, linking Montreux and Interlaken.

Not only will the new line connect French and German-speaking parts of Switzerland, but this will be a world first in terms of engineering and an exciting step forward for sustainable rail travel across Europe.

The concept to link Lake Geneva, Gstaad and the lakes of Thun and Brienz has been discussed since 1873. Over a century later, and an investment of CHF 89 million (US$94 million), travelers will finally be able to travel from the lakeside balmy climes of Montreux Riviera to the glacier peaks of the Bernese Alps in just 3 hours 15 minutes. With thirteen stops along the way, passengers will have access to some of the region’s most beautiful and culturally significant sites, from chocolate tasting in Montbovon, cheese and wine tasting in Château-d’Oex to hiking around Erlenbach or exploring Jungfraujoch, Europe’s highest railway station.

Designed by the renowned Italian designer Pininfarina, the train will have 23 panoramic carriages offering both 1st and 2nd class reservations, as well as a Prestige class area. The luxuries of traveling in Prestige include heated forward-facing seats, and a raised platform of 40 centimetres, allowing passengers even better views and a more immersive experience. 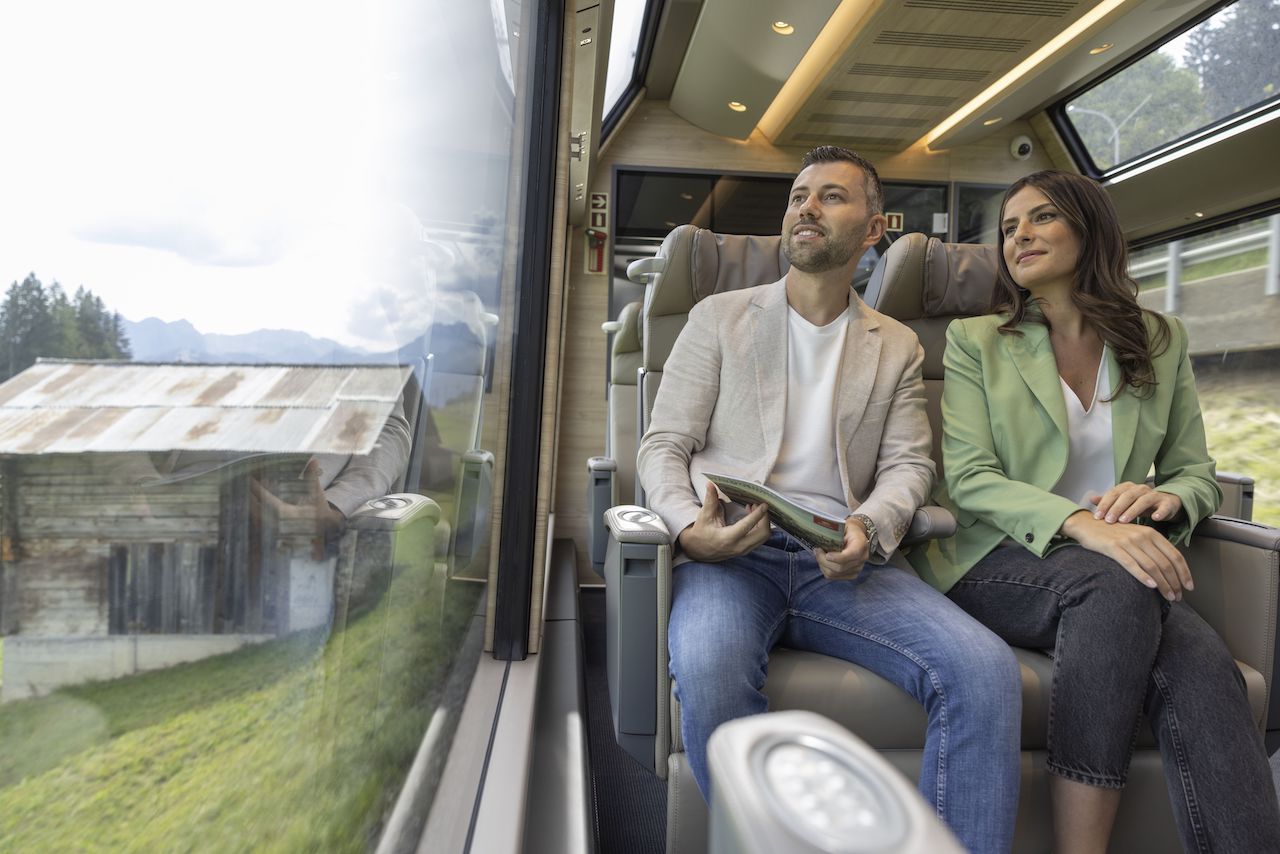 The GoldenPass Express Line is an exceptional engineering feat and an example of a revolutionary variable gauge system that has the ability to expand and raise enabling the train to switch from the metric gauge of the MOB (Montreux–Zweisimmen) to the normal gauge of the BLS (Zweisimmen–Interlaken) in just a few seconds.  Previously, travellers had to change both trains and lines at Zweisimmen.

This innovation is a particularly exciting new step in terms of rail travel, offering the potential to revolutionise international train travel between countries that use different rail sizing.