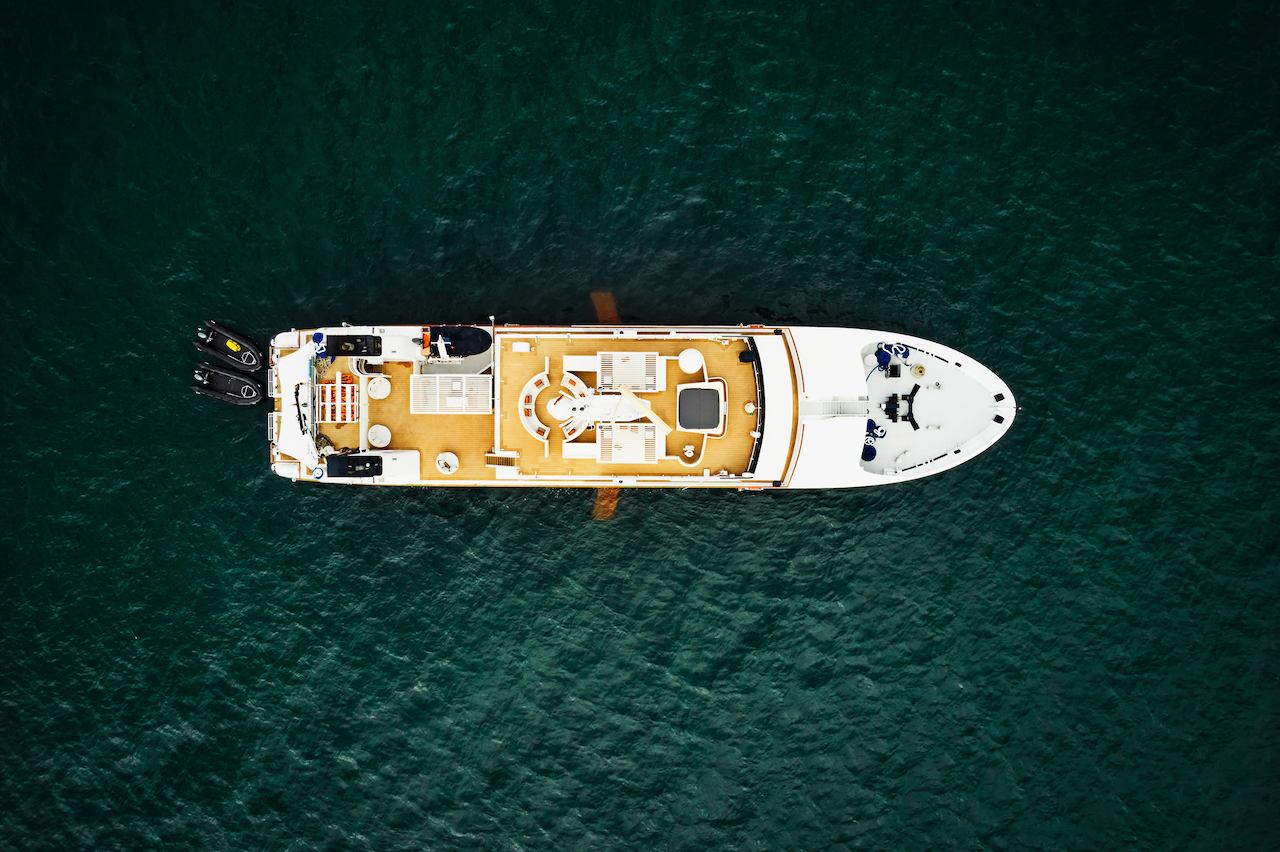 Sleeping twelve across seven spacious and luxuriously appointed cabins, Hanse Explorer will be available for private charters with EYOS in Antarctica again until February 2022. She will then venture into warmer climates, spending April through October exploring the remote island groups of the Tuamotus, the Society Islands and the Marquesas and as far afield as the Line and Phoenix and Cook Islands. She will return to Antarctica for the 2022/23 season (December 2022-March 2023).

READ: We Explore Antarctica Aboard the Hanse Explorer

All itineraries can be tailor made to suit individual requirements. In Antarctica, guests can discover the spectacular coastline of the wildlife-rich Antarctic Peninsula, take in the remarkable icebergs and sail into the volcanic caldera of Deception Island. They can land at penguin colonies, cruise in tenders among whales, hike remarkable peaks and kayak the calm fjords. They can also venture south into the ice, to the Antarctic Circle, where the sun never sets at the peak of the austral summer. 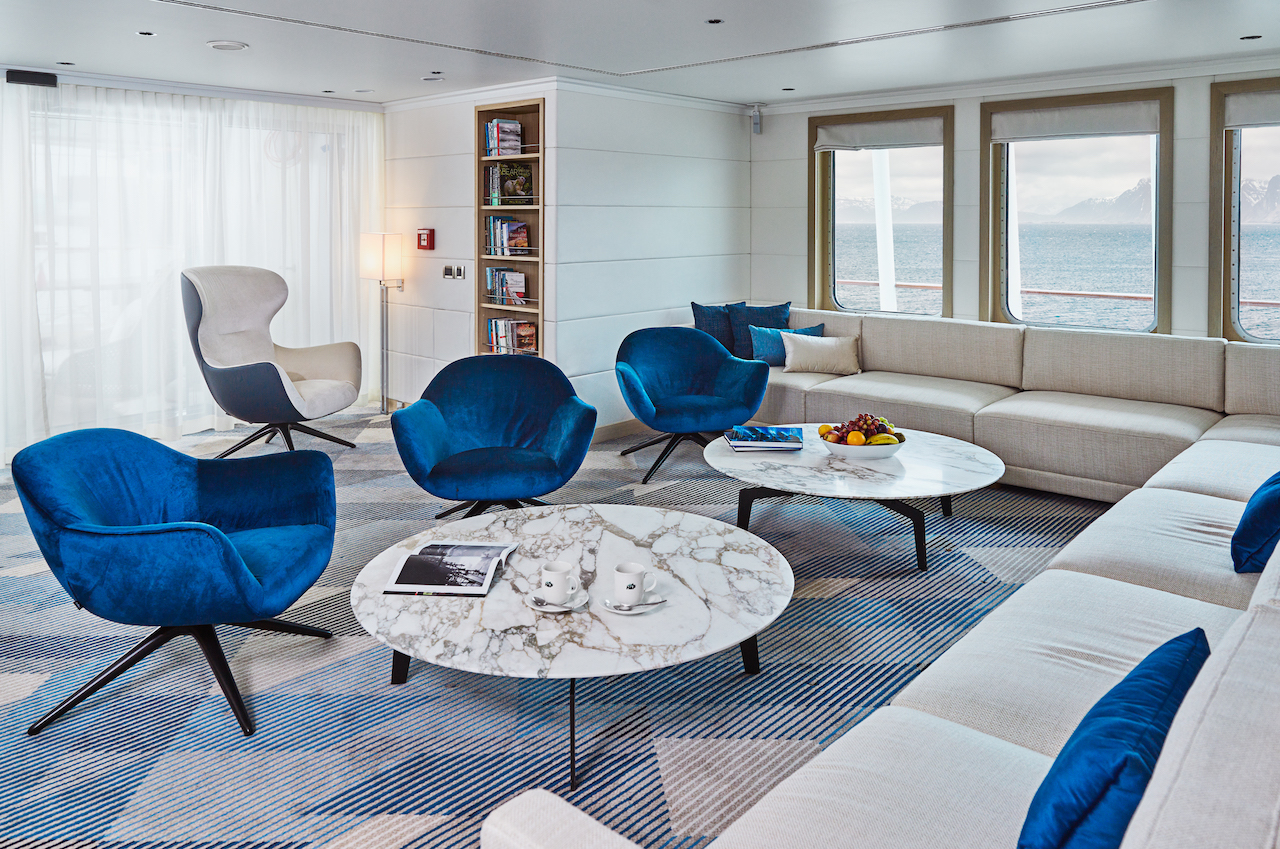 In the Pacific, clients will trace the paths of ancient navigators from the lush high islands of the Societies and Marquesas where ancient alters lay festooned with tropical vines to the vast chains of coralline rings that make up the Tuamotus and the other low-lying atolls. Tuned to the tides, the narrow inlets to topaz lagoons are choked with a full spectrum of marine life. Beaches of every hue, ring rarely visited islets in this region still steeped in the lore of the Polynesians, pirates, privateers, whalers, and mutineers.

Guests can relax in the new salt water jacuzzi or the light wood sauna after a day of exploring or enjoy a meal prepared by the onboard culinary team. They will also have access to kayaks, standup paddleboards, diving equipment, and two zodiacs to explore the landscape and make remote beach landings. All expeditions are guided by a team of experts with decades of experience and in-depth knowledge of these regions.

The superyacht’s redesign has elevated the yacht’s interiors while maintaining the deepest connection with the outside world. Realizing this effect involved installing glass-paned sliding doors to create a seamless transition from the saloon to the outside decks. A similar entryway has been outfitted in the master stateroom to offer the primary charter guest private deck access. The top deck – previously off-limits – has now had the radar raised by three metres to create an outdoor oasis during expeditions.

The refit by Partnership Design and AROS Marine also included the installation of a saltwater Jacuzzi, a cocktail area with Bose sound systems and cabana-style Bali beds for sleeping under the stars in warmer destinations, and a general opening up of the vessel to provide an abundance of light in the lounge and master bedroom. A pair of zero speed stabilizers have also been installed, allowing the yacht to cross the Pacific with minimal motion.

The rugged, steel-hulled exterior, boasting the highest commercial ice classification, conceals what is now a refined interior with a distinctly modern style. Traditional dark panelling and leather furnishings have been swapped for light woods and a neutral palette of creams, clean whites, and chromed silvers, with just a touch of nautical navy blue. Expanses of glass flood spaces with sunshine and allow for optimal viewing of wildlife during expedition.

Secret Atlas has announced its arrival on the expe

Off the Map Travel has launched a new autumn adven

For the first time, Scenic Eclipse will offer a un

Insta360 has launched the ONE RS, a new interchang

Inspired by the seminal age of space exploration,

Western Australia is preparing for another success

Tourism Australia has welcomed the return of inter

Le Ponant to Sail The Kimberley in 2023