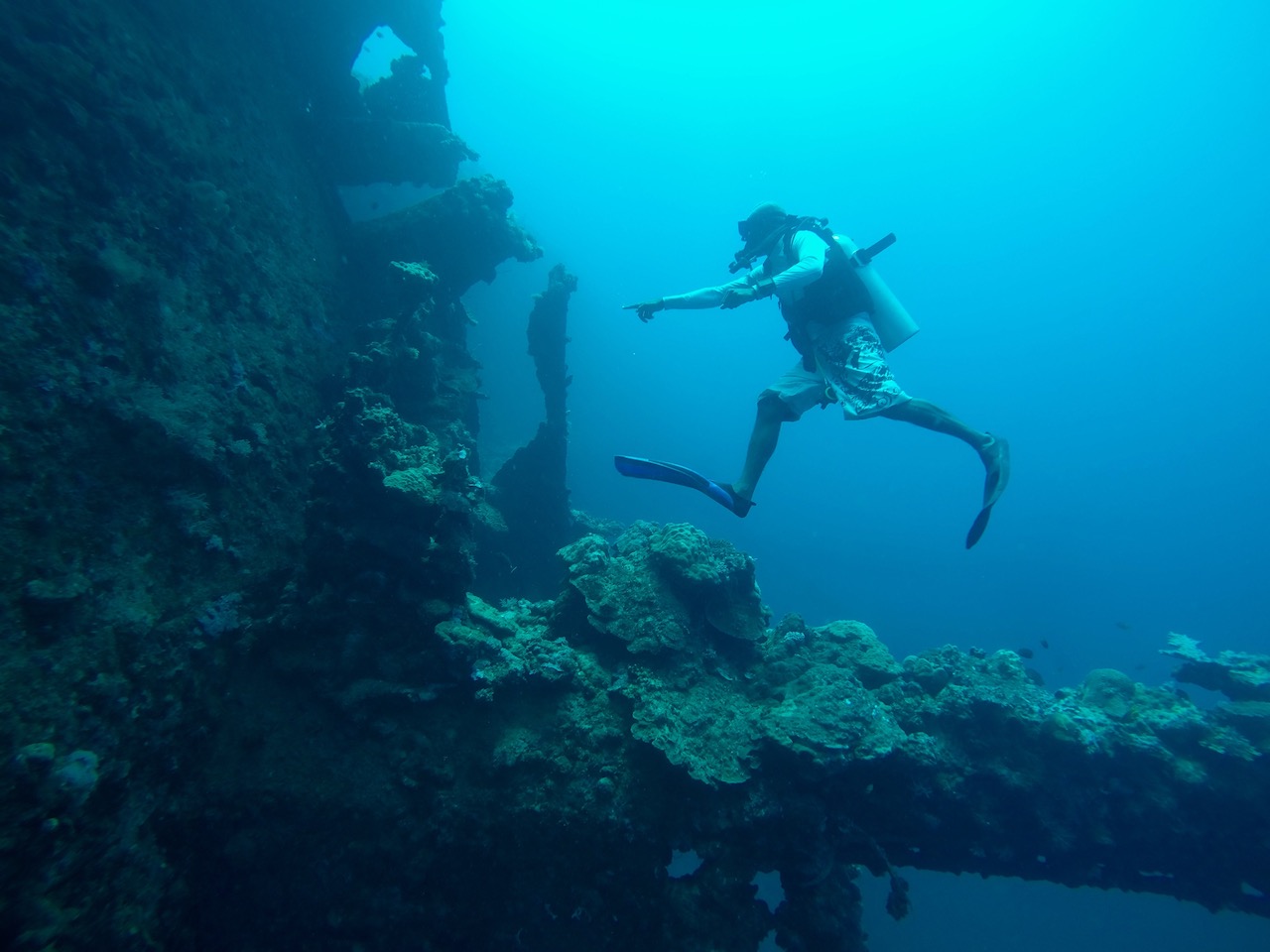 Daniel Walton retraces the steps of his family’s legacy in the beautiful and remote Solomon Islands.

Raising the ghostly sepia image to the sky, I attempt to line up the photo’s faded horizon line with that of the tree-lined landscape before me. Mechanical cogs in my head finally lock in place with certainty; the two images match and I’ve located the site of my great grandparents’ wedding day. Little remains of the Methodist church shown in the aged photograph and it makes me a little melancholic; here I am, their great-grandson, standing on the same hilltop, on a minuscule island in an all-but-forgotten corner of the world, 87 years late for the party.

I arrived in the Solomon Islands, a mysterious Melanesian archipelago still in its tourism infancy, intent on unraveling a chapter of my family’s past that has lain dormant for nearly a century. Like many brave young men, my great grandfather, Dr. Edward Sayers, served in the Melanesian Theatre during WWII, having first arrived in The Solomons in 1927 to help establish a Methodist Mission and a general hospital. While my 86-year old Grandmother can still recite the Rovianan nursery rhymes of her childhood, there’s little recorded evidence of this South Pacific legacy and I’m the first family member to return to the islands.

Situated northwest of Vanuatu and east of Papua New Guinea, this hidden, enigmatic archipelago consists of a scattering of nearly one thousand pristine islands, many of which remain completely untouched by human civilization. So unaffected by the new world is the Solomons, that parts of the country still trade in the traditional currency bata, or shell money, using shells, feathers, and even dolphin teeth in lieu of money. Taking off from Henderson Airfield on the now infamous island of 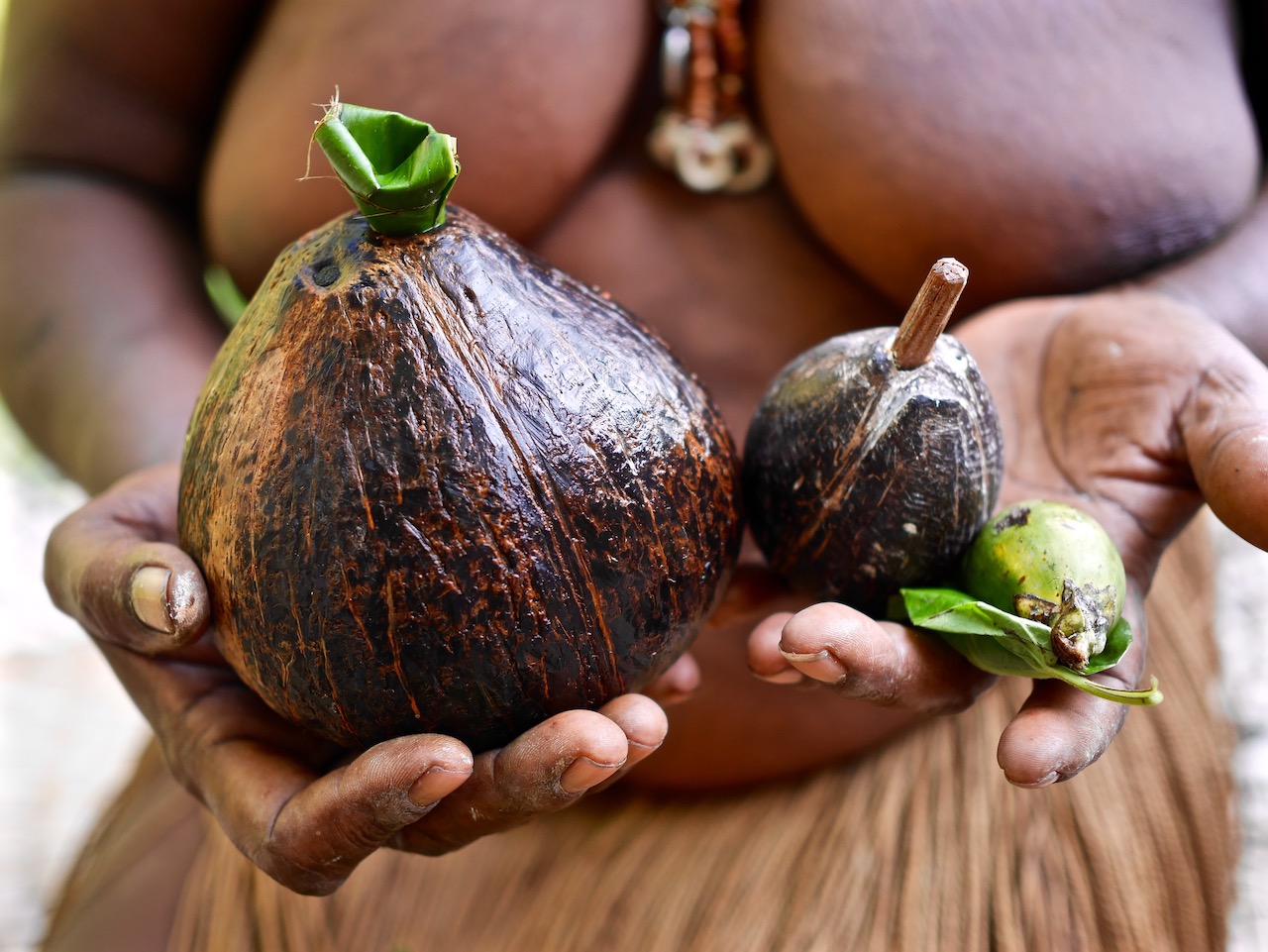 Guadalcanal, my journey of discovery takes me towards the remote western provinces. Below, the lush jungle-covered islands take on an entirely new dimension, transforming themselves into a scattering of emeralds on an ever-expanding turquoise blanket. It’s from the air that the Solomon archipelago can truly be appreciated; expansive, pristine coral atolls and lush uninhabited islands compel thoughts of the romanticized deserted tropical island existence into mind.

Our first stop is Gizo Island…well nearly. Due to the topography of Gizo, the closest runway is on neighboring Nusatupe Island, meaning new arrivals access their accommodation across the lagoon by boat. At the end of the town’s rickety pier, I’m met by Danny Kennedy who, with his wife Kerrie, has been in Gizo for over three decades, running Dive Gizo. A former island mayor, what Danny doesn’t know about Gizo, above and below the waves, isn’t worth the time it takes to learn.

In the late 1920s, my great grandfather worked as one of the few doctors in the extremely remote Western Solomons. A specialist in tropical medicine, Edward helped to establish the first hospitals on the islands of Vella Lavella, Munda, and Gizo. Heavy fighting during the Pacific campaign means little remains of that era but Danny is determined to show me Gizo’s WWII secrets below the waves.

The diving in the Solomon Islands is amongst the best and most exhilarating in the world, with a vast array of dive sites offering everything from coral reefs with some of the highest fish counts on the planet, to historic and confronting WWII wrecks. It truly is an unspoiled, underwater Eden that divers can enjoy all to themselves. 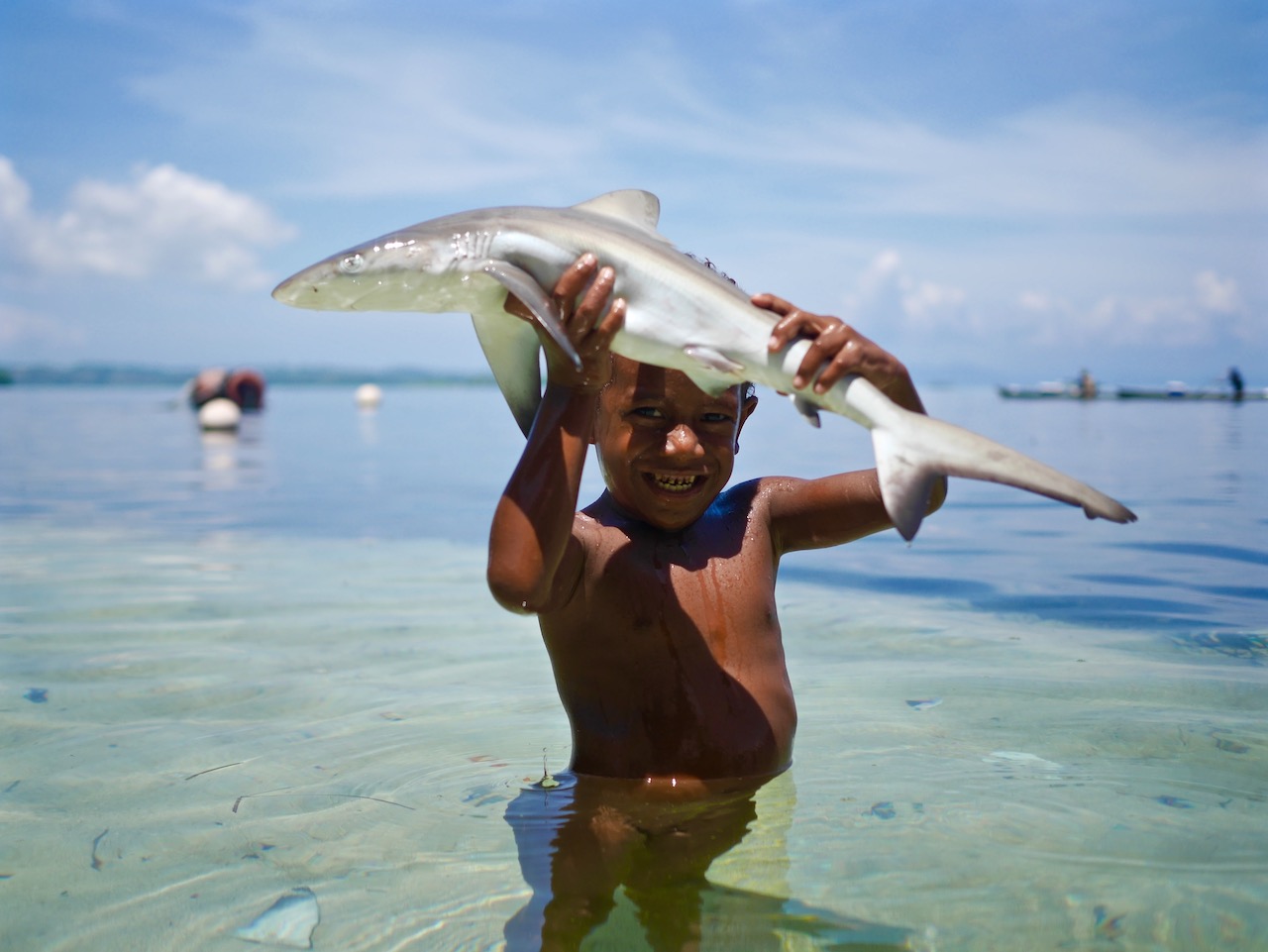 “Have you ever swum through a torpedo hole?” cries Danny as we make our way to our first dive site, the resting place of the ill-fated Toa Maru. The Japanese transport ship was sunk by an American torpedo in 1942, and now rests 25m below the surface, relatively intact after all these years. The 140m vessel sunk before it could be off-loaded, which makes for a virtual underwater museum for any keen diver. The only other visitors you have to contend with are turtles, eagle rays, and of course the cacophony of colorful reef fish that call the site’s abundant coral beds home.

Entering the ship’s cargo hold, I spy the remains of a Type 21 tank, surrounded by scattered rounds of ammunition, and of course dozens of bottles of ‘sea-aged’ sake. Emerging from the shadowy depths as the sun paints the surrounding landscape with a golden brush, we cruise west to the famous Fatboys resort, for a much-needed ice-cold Sol Brew.

An almost cult-like establishment, Fatboys has dug its heels in as the place to stay in this secluded, remote corner of the globe. I sit on the deck of the resort’s expansive overwater bar and watch the chef discard fish heads into the shallow waters with a smile in his eyes. Within moments the water is filled with the grey bulk of a half dozen reef sharks, all jouncing with each other like excited puppies. I take a sip of my brew, watch the sun’s final rays disappear into the waves, and embrace just how special this place is.

The following day a 20-minute flight lands me in tiny Munda on New Georgia, the largest island in the Western Provinces, and the cradle of Roviana culture. Once home to some of the most feared head-hunters in the Solomons, the island remains scattered with evidence of a cannibalistic past that is more recent than most might expect. In fact, the last documented act of cannibalism was said to have occurred in 1913 when an English trader was reportedly consumed after offending local elders. 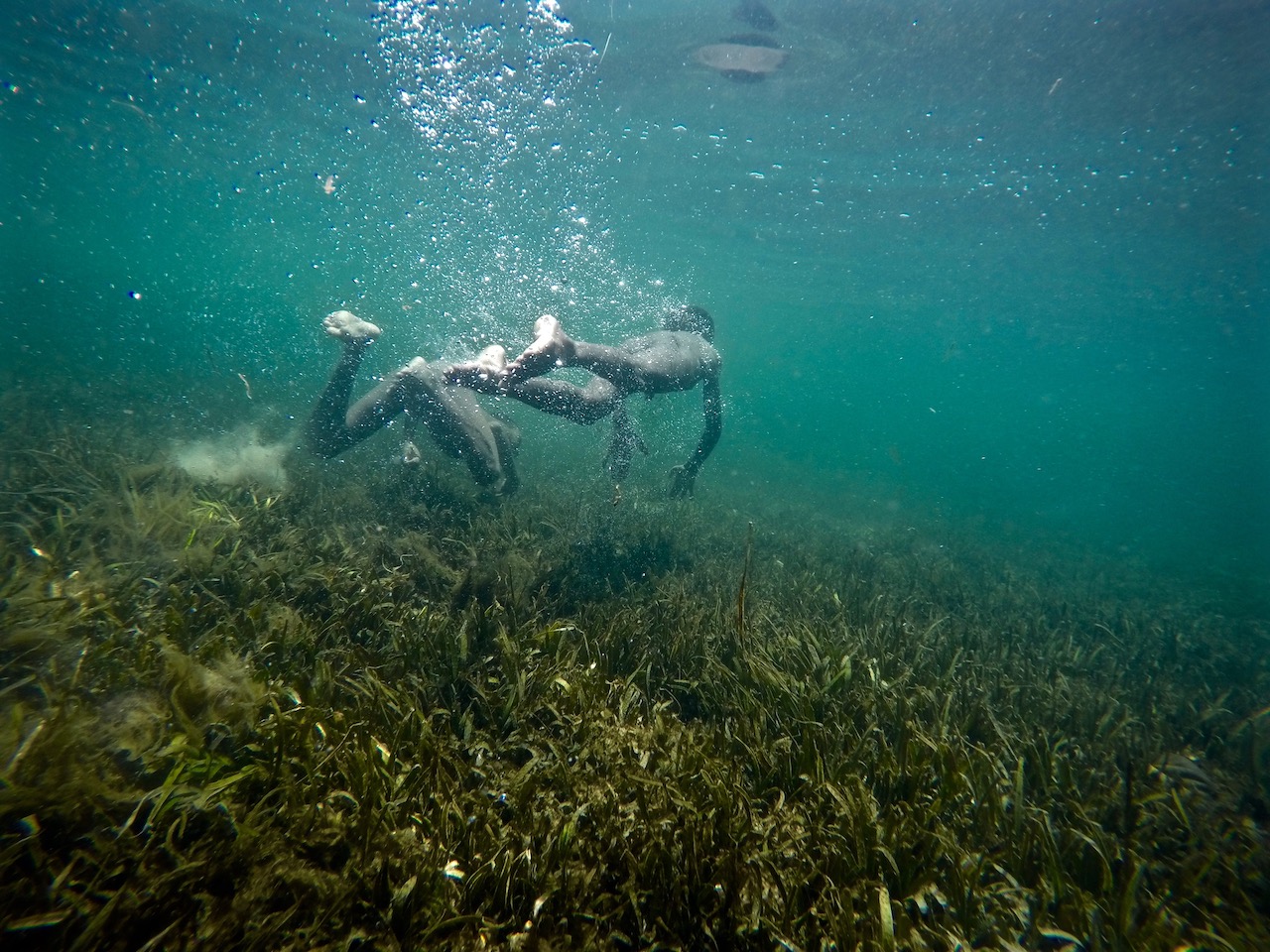 Only a decade later a bright-eyed Dr. Sayers was transferred from the London Medical School to New Georgia. Within the year he would marry my great grandmother in the same church, overlooking Munda, he helped to build.

READ: We Explore the Galapagos, the Land Before Time

Agnes Gateway Hotel, formerly known as Agnes Lodge, is perched overlooking the island-studded Roviana Lagoon. Established shortly after the Solomons received Independence in 1976, this 28-room family-run lodge is the primary port of call for anyone needing local advice on the island’s diving and fishing expeditions, WWII tours, and cultural excursions. Here, I appropriate a seat under an ancient banyan tree, order some locally squeezed bush lime juice, and watch traders, fishermen, and families traverse the lagoon beyond.

A stay in Munda isn’t complete without a trip to Kundu Hite, the infamous Skull Island. Bristling with palm trees, it’s home to the sacred remains of the Rovianan tribal dynasty. Their bones lie like trophies on a podium of coral, silently watching over their former kingdom. But as fascinating as Skull Island is, I’m won over by an even more remote locale, Titiru.

Titiru Eco Lodge delivers intrepid world wanderers its own quandary: do you whisper of its existence and risk its eventual desecration, or remain selfish and silent, instead enjoying its stunning natural beauty with a fateful few? Tucked away among secluded mangroves on the mountainous island of Rendova, an hour’s boat ride from Munda, Titiru is like stepping back in time. The creation of enigmatic local personality Kilo Paza, Titiru Eco Lodge was designed to make a genuine contribution to both its surrounding environment and to the people of its neighboring village. Offering gorgeously handcrafted cottages wreathed by fragrant orchards, the lodge is proud of what it doesn’t offer, from electricity and internet access to television. Instead, guests are lovingly reminded of the benefits of speaking face to face, rather than Facebooking. 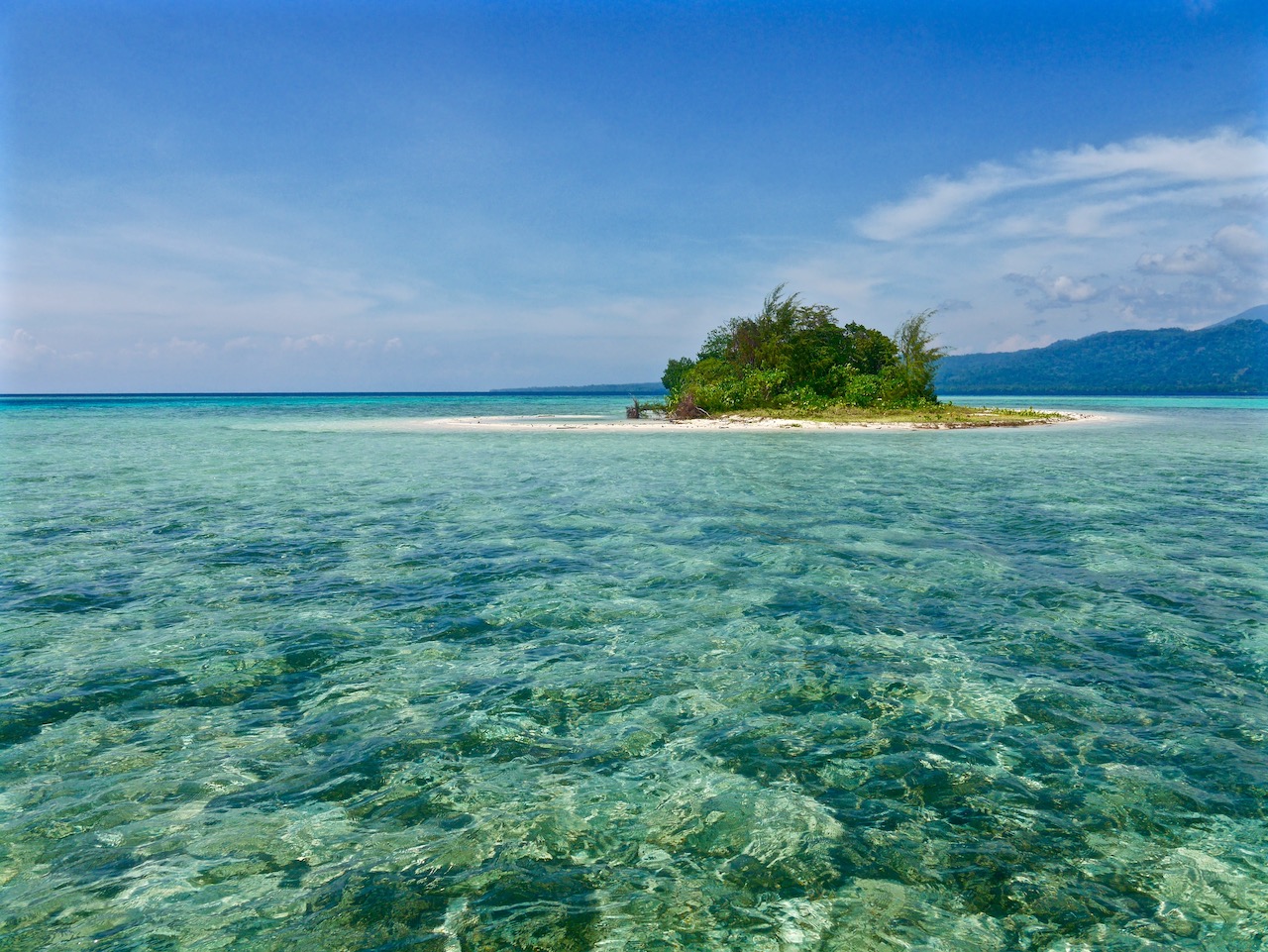 As dinner is served, each traditional dish is enthusiastically narrated by Kilo, from how his harvest has been, to the methodical preparation required, and of course where the best fish are found. Everything is grown and caught locally and sustainably.

As evening encircles our smoky, aromatic campfire, Kilo explains the timeless rituals of the Western Provinces, including the magic of ‘dolphin calling’ possessed by the native people of neighboring Melita. Practitioners would summon pods of dolphins by hitting stones together under the water. A coming of age ordeal, young men would be tasked with wrestling a dolphin onto shore using nothing but their bare hands. While the practice is rarely performed today, Kilo is determined to keep this traditional link with nature alive for future generations.

READ: A Conversation with Paul Theroux

After enjoying the last of my time in the Solomons at Honiara’s iconic Solomon Kitano Mendana Hotel, one of the nation’s few luxurious enclaves and a popular hub for island-bound travelers looking to explore Guadalcanal, I head home. As we take off I watch the vibrant colors of the Pacific Eden disappear beneath the clouds, as if being reclaimed by Mother Nature.

I was drawn here determined to learn about a relative I never had the chance to meet and yet leave with a new sense of belonging, both to the place and its people, with whom I share no blood, but who have taken me in, and treated me as family, as they did when Edward Sayers arrived so many years before.

Get There: Solomon Airlines link Honiara with Sydney, Brisbane, and Nadi in Fiji. 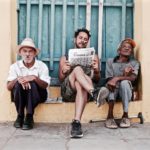 Dan Walton is a Sydney-based creative and adventurer who is passionate about craft beer, photography, and getting as far off the beaten path as possible.