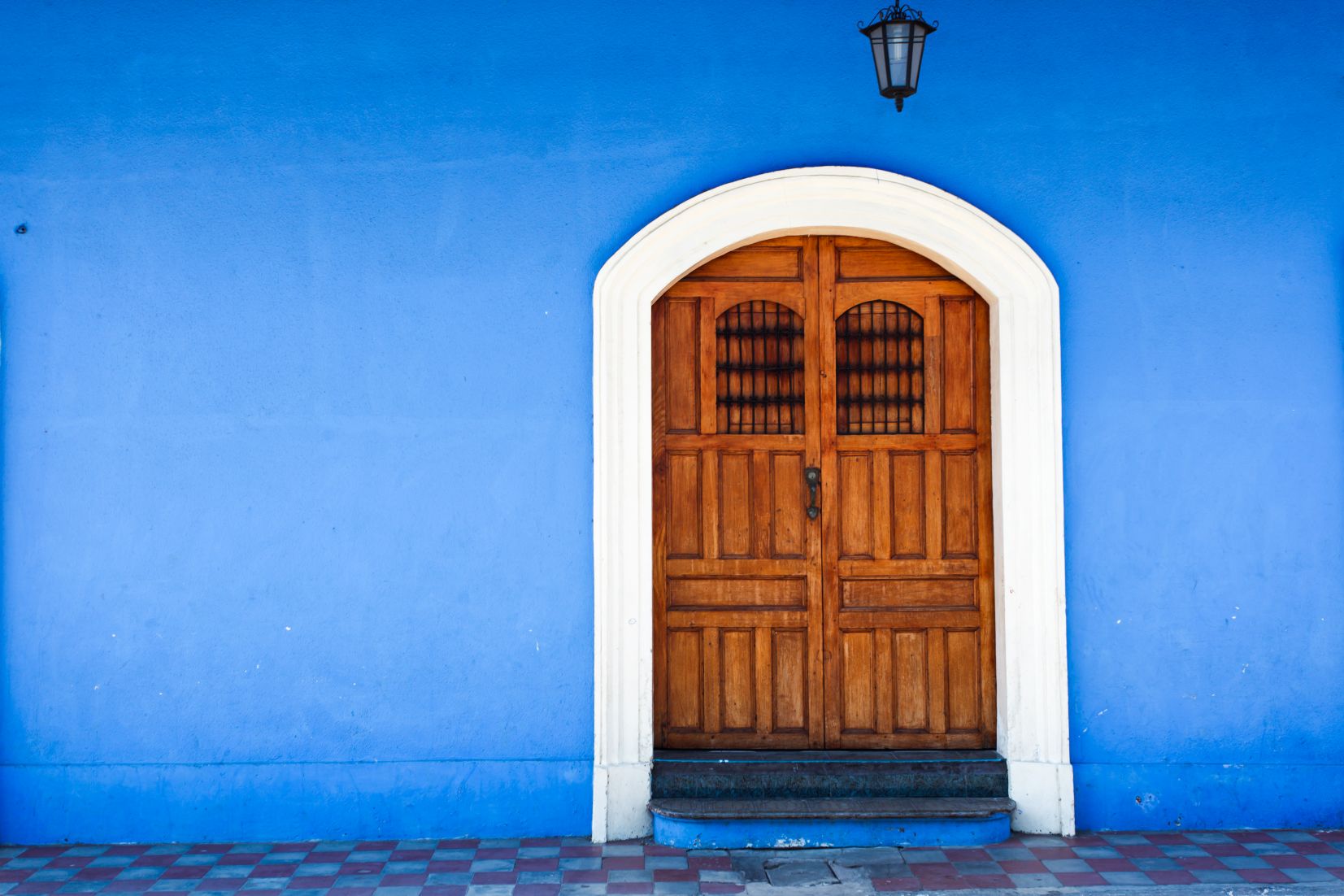 Buenos Aires continues to evolve itself as innovative hoteliers and chefs transform its myriad neighbourhoods with flare, colour and style, finds Joe Mortimer.

The elaborate, belle époque buildings of Buenos Aires’ most affluent neighbourhoods hark back to a time when the city was the most important trading hub in South America. Today, the Argentine capital wears its complementary contrasts on its sleeve: juxtapositions of old and new; grand and downtrodden; rich and poor. It’s these disparities that fuse to create an electric atmosphere that pervades the city once known as the Paris of Latin America.

Despite the absence of foreign investment in Buenos Aires for the last ten years, the city has prospered as an artistic and tourism hub, thanks to a collection of creative entrepreneurs who have turned existing infrastructure into new independent businesses. And if new president Mauricio Macri delivers on his campaign promises to open up the country to new foreign investment, it won’t be long before those homegrown businesses are joined by international firms eager to get in on the action.

Unlike many world capitals, there is no sea of branded hotel flags fluttering above the streets of Buenos Aires. Instead, an archipelago of small, boutique properties has proliferated, creating a unique hotel landscape with styles to suit all tastes. The model works particularly well given BA’s sprawling layout, with numerous distinct neighbourhoods. From the stately mansions of Recoleta and the cobbled streets of San Telmo to the restored warehouses of Puerto Madero and the leafy expanse of Palermo, the city’s geography is varied and vast. 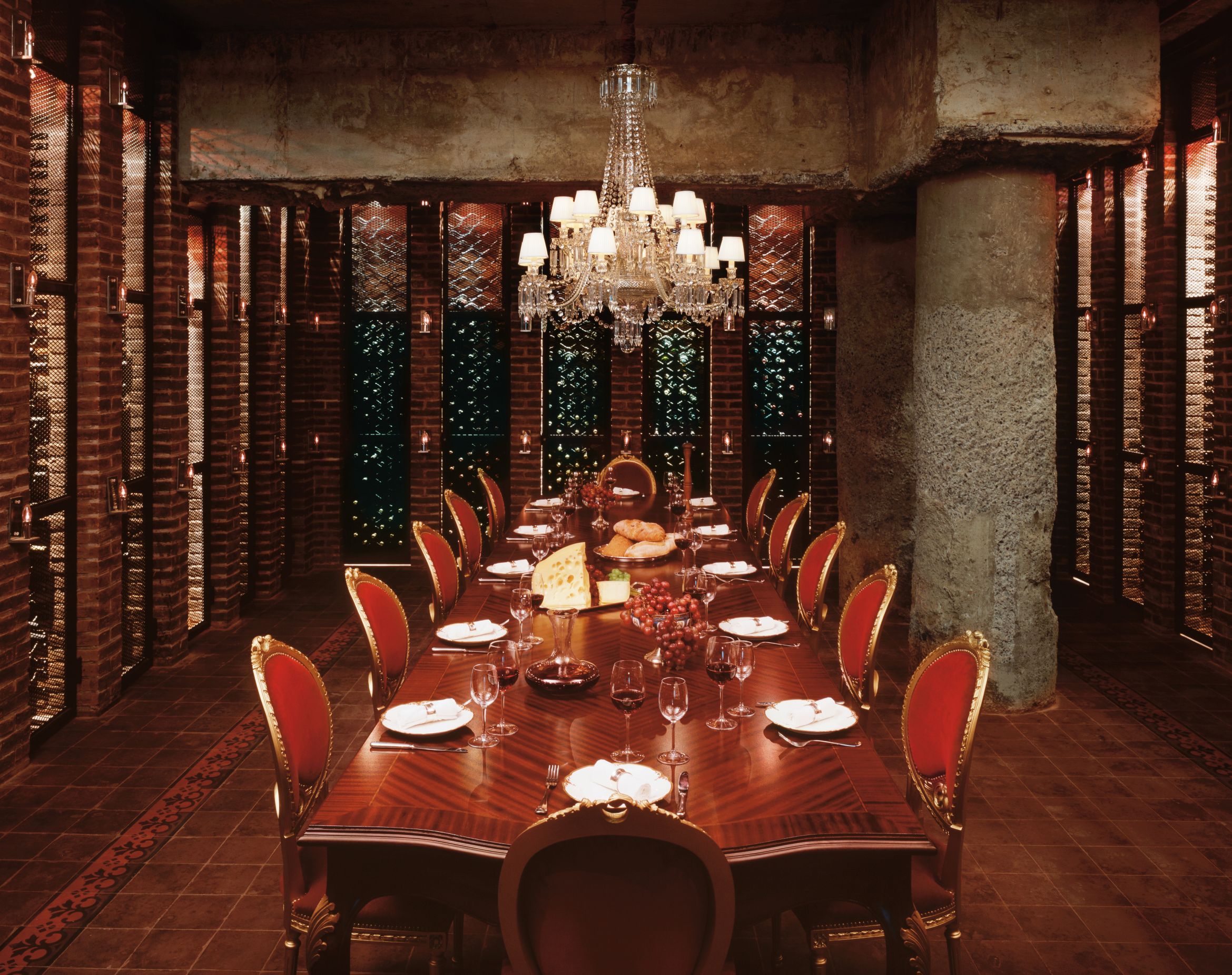 The 19th-century redbrick buildings of Puerto Madero were the focus of a decade-old regeneration project that saw millions of dollars of private investment breathe new life into the once-forgotten port in the first years of the new millennium. It’s now one of the city’s most expensive neighbourhoods, characterised by the dramatic contrast between gleaming glass skyscrapers and the warehouses and cranes of the old port.

Entrepreneur Alan Faena was one of the pioneers of the revival, buying up the old El Porteño wheat mill and, with the help of designer Philippe Starck, turning it into one of the most stylish and atmospheric hotels in the city; the 105-room Faena Hotel Buenos Aires (above).

At the hotel’s exceptional Bistro Sur, chef Rodrigo Vázques’ delightful menu is complemented by some of Philippe Starck’s most playful designs. White unicorn heads with ruby-red eyes stare down from white walls, and sommeliers recommend vintages to match beautifully dishes and spectacular desserts. Next door, the hotel’s acclaimed Rojo Tango (below) show serves up a three-course dinner before a troupe of tango dancers perform an intimate set, accompanied by a full orchestra at the rear of the small, cabaret-style space.

On the eastern side of the city, the once run-down neighbourhood of Palermo has also been through a dramatic transformation. Like New York’s Meatpacking District or London’s Shoreditch, an influx of creative professionals has seen its desirability skyrocket. That concentration of artists, designers, restaurateurs and hoteliers has turned Palermo into a hub of creativity that’s now the de rigueur haunt of any self-respecting start-up. 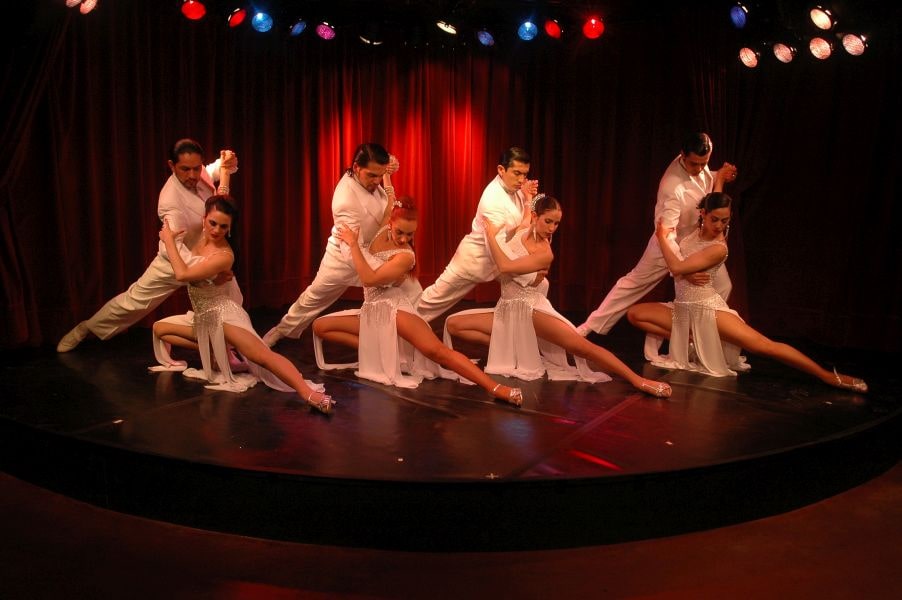 Palermo’s low-rise aesthetic and sense of faded glamour has nourished a thriving boutique hotel scene that lures many well-heeled visitors away from classical Recoleta, where the bulk of Buenos Aires’ traditional luxury accommodation can be found.

Small hideaways like Home Hotel Buenos Aires, regarded as the first boutique property in the area, command legions of loyal followers. Owners Patricia O’Shea and Tom Rixton bought the property in 2003 and spent two and a half years fitting it out with antique furniture and vintage wallpaper from the nearby Mercado de las Pulgas. Other Palermo notables include Francis Ford Coppola’s Jardin Escondido, super-trendy Legado Mitico, and the laid-back BoBo Hotel, as well as newcomers such as Fierro Hotel Buenos Aires, and exclusive member’s only venue, The Clubhouse.

You can’t walk more than a few metres in Palermo without passing a bar, café or restaurant, and star chefs from across South America have flocked to the area to present their own twist on modern Argentine cuisine.

Notable among the many excellent eateries is Germán Martitegui’s Tegui, which was ranked number seven on Latin America’s 50 Best Restaurants 2015 list. The star chef commissioned Argentine street artist Cabaio to turn the façade into a colourful mural, behind which lies rows of intimate tables and smartly-dressed waiters serving an ever-changing menu of eclectic Argentine and international dishes. 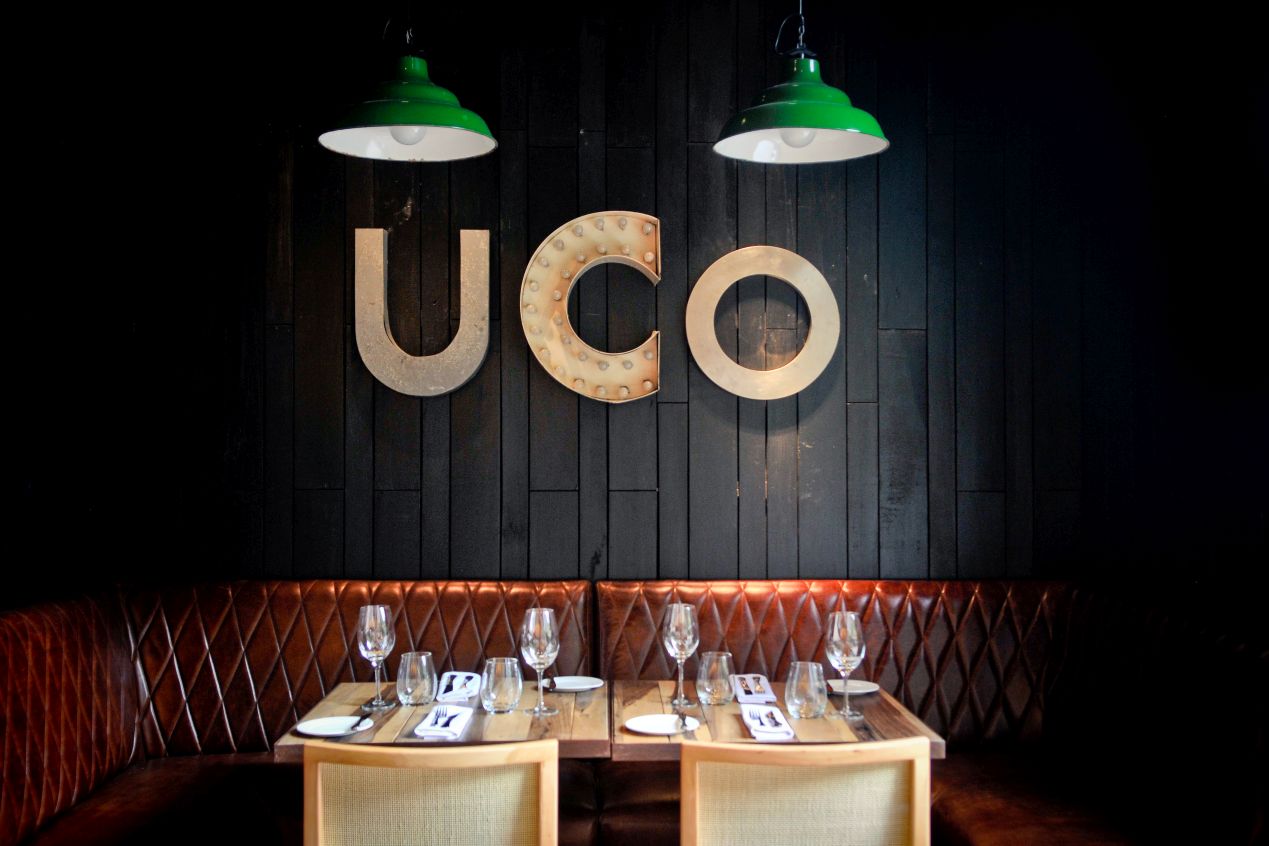 A few blocks away, Peruvian super chef Gaston Acurio has just opened a new branch of his highly successful La Mar chain, and the team at Fierro Hotel have paired the tried-and-tested combination of meat and wine at the recently opened UCO, where Irish chef Ed Holloway serves rustic, homemade Argentina cuisine.

In the centre of town, Recoleta is the heart of old-money Buenos Aires. Legions of the city’s deceased elite are laid to rest within the elaborate mausoleums and tombs of Recoleta Cemetery, while international jet setters lay their heads in the handful of luxury hotels that call the neighbourhood home.

When it was completed in 1934, Palacio Duhau was one of the most exclusive residences in the affluent neighbourhood, an accolade that it retains today as Park Hyatt Buenos Aires (below). Overlooking one of the largest gardens in Recoleta, the hotel’s Duhau Restaurant & Vinoteca serves exquisite steaks and delicate Patagonian fish paired with wines from a cellar of more than 3500 bottles.

Just around the corner, the legendary Alvear Palace Hotel was the grande dame of the city when it opened in 1932, and down the road, the Four Seasons is still resplendent after a top-to-toe renovation that was completed in 2013. Less ostentatious but equally as resplendent, HUB Porteño and Algodon Mansion are boutique hotels that occupy charismatic historical buildings on quiet side streets, near to the glitzy storefronts of brands like Louis Vuitton and Montblanc. 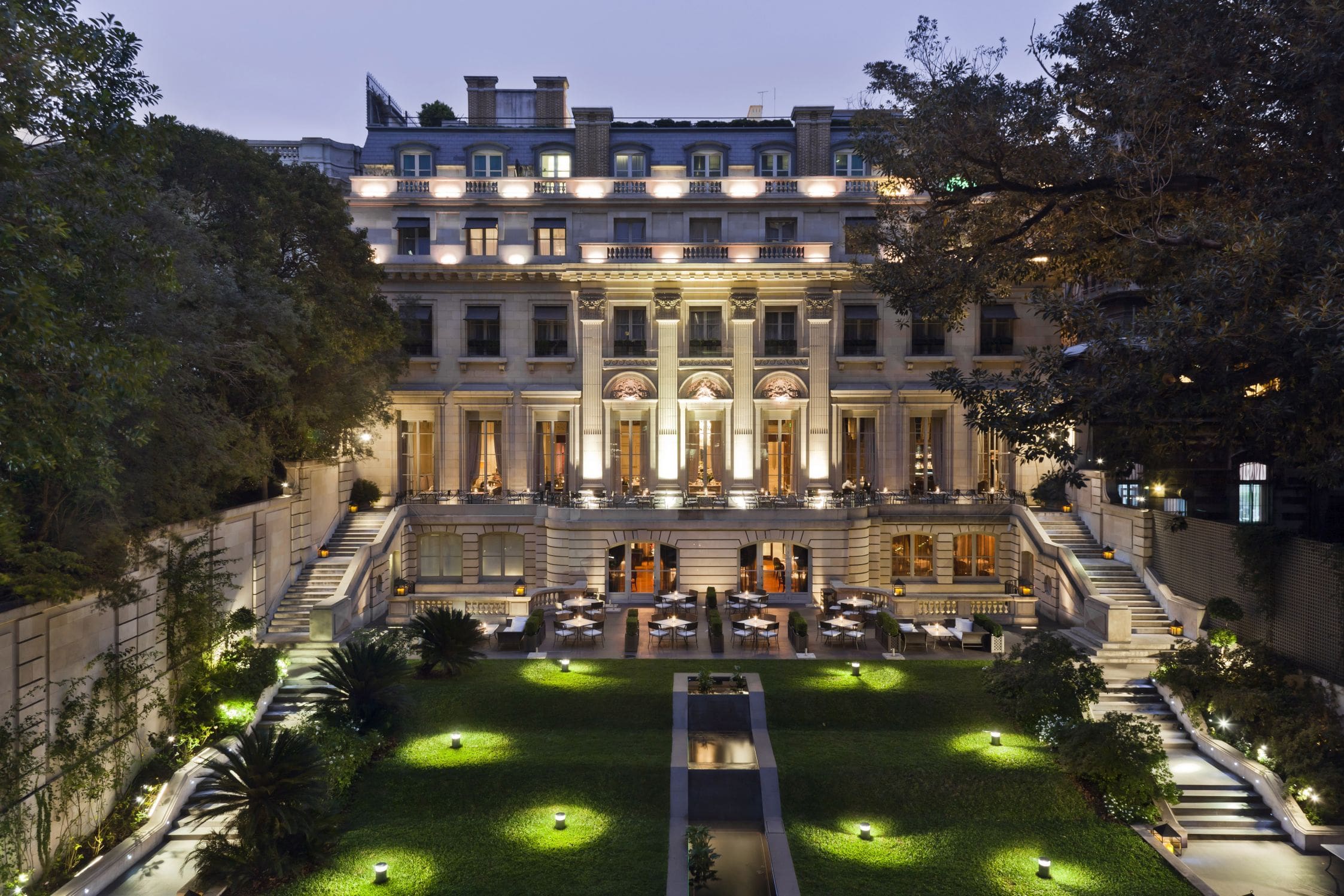 Nowhere else in the world do dining, drama and luxury combine so successfully as they do in Buenos Aires. With its complementary blend of big business and small enterprise, as well as government promises to bring new investment to the city, it won’t be long before BA reclaims its title as the Paris of Latin America. 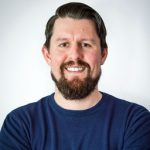 Joe Mortimer is a UK-based travel writer who specialises in luxury and lifestyle. He has visited 60 countries, stayed in more than 100 high-end hotels, and eaten at some of the best restaurants in the world.

Time to Become a Record Breaker