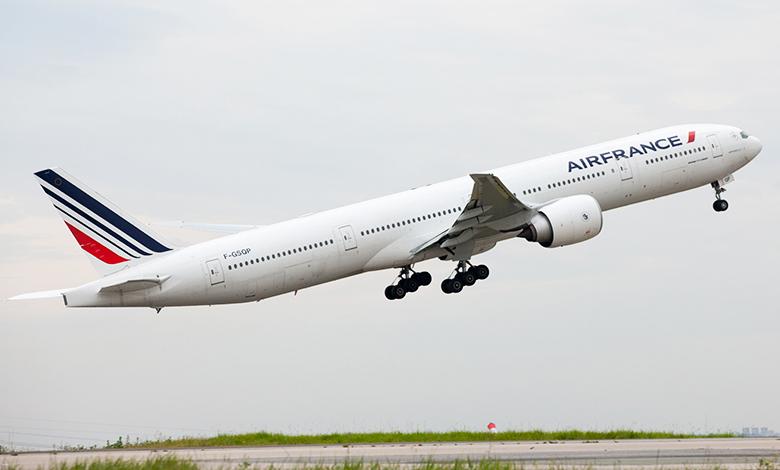 Air France is the French national carrier and a founding member of the SkyTeam airline alliance. Air France flies to 36 domestic destinations and 175 international destinations in 93 countries across Africa, the Americas, Asia, Europe, and Oceania.

Air France allows passengers to check-in up to 30 hours before their flight, which I did. Upon arriving at Paris’ Charles de Gaulle airport I was told by check-in staff that my booking was for the previous day and I had been a “no-show”, despite having already checked in. After a long wait at the ticketing centre, Air France admitted a glitch and rectified the issue and I was permitted to pass through security.

As I was departing from gate K41, I descended to Air France Lounge K, conveniently located just past security. The spacious lounge features great shower facilities, café and lounge seating areas, a rather curious hot and cold buffet that included vegetable salad, apple pie, and beef and onion stew, and a great selection of French wines and spirits. The lounge caters to approximately 120 guests and was quite busy but I managed to find a quiet corner in which to wait.

A last-minute gate change had passengers a little confused but boarding onto the 777-300ER aircraft was quick once the process started. Soon after boarding began, the captain announced a delay due to “missing luggage”. During this two-hour delay, the onboard crew preferred to chat in the galley rather than make any real effort at service, a point we had noticed on previous flights.

Air France has been slow to roll out its newest business class product across the fleet, leading to two of three different products flown out of Hong Kong – the nicer, newer but already lacking in competitiveness A380 product, and the considerably older style available on some 777-300ERs. Our 777 offered lie-flat but heavily angled business class seats in a 2-3-2 configuration.

The business class cabin really showed its age, with a nicotine yellow hue complemented by chipped and scratched surfaces; both my seat and that of my neighbor had lifejacket panels falling open; a crew member used baggage advisory stickers in an attempt to hold the flap closed. Seats offer very little in the way of storage and the headphone jack is a nightmare to reach.

Due to the late hour of the flight and the subsequent delay, I joined many other passengers in skipping the meal and this seems to suit the crew well – they promptly dimmed the lights and continued their hibernation in the galley despite call buttons going off across the cabin.

Even when it came to ordering duty free, instead of being brought my purchase, I was asked to follow crew through first class to the front of the plane where another crew member languished with the credit card machine.

After a forgettable breakfast service, we arrived in Hong Kong 75 minutes late despite a strong tailwind. At the baggage carousel, the first signs of trouble were when the boards stated that all luggage had arrived, despite a crowd of expectant passengers. A single staff member quietly worked the ranks filling in baggage forms – a total of 200 pieces had been left off the flight despite the two-hour delay during which we were supposedly waiting for them. Repeated calls to Air France’s local baggage agents, which had promised delivery by the next night, were met with abuse and were promptly disconnected. My single case was finally delivered two nights after arriving in Hong Kong.

It’s one thing to have an antiquated product but it’s another when poor hardware is complemented by lackluster service and a total logistical meltdown. Reputations are sometimes well deserved.

Note: The author traveled on a fully paid ticket without the airline’s knowledge