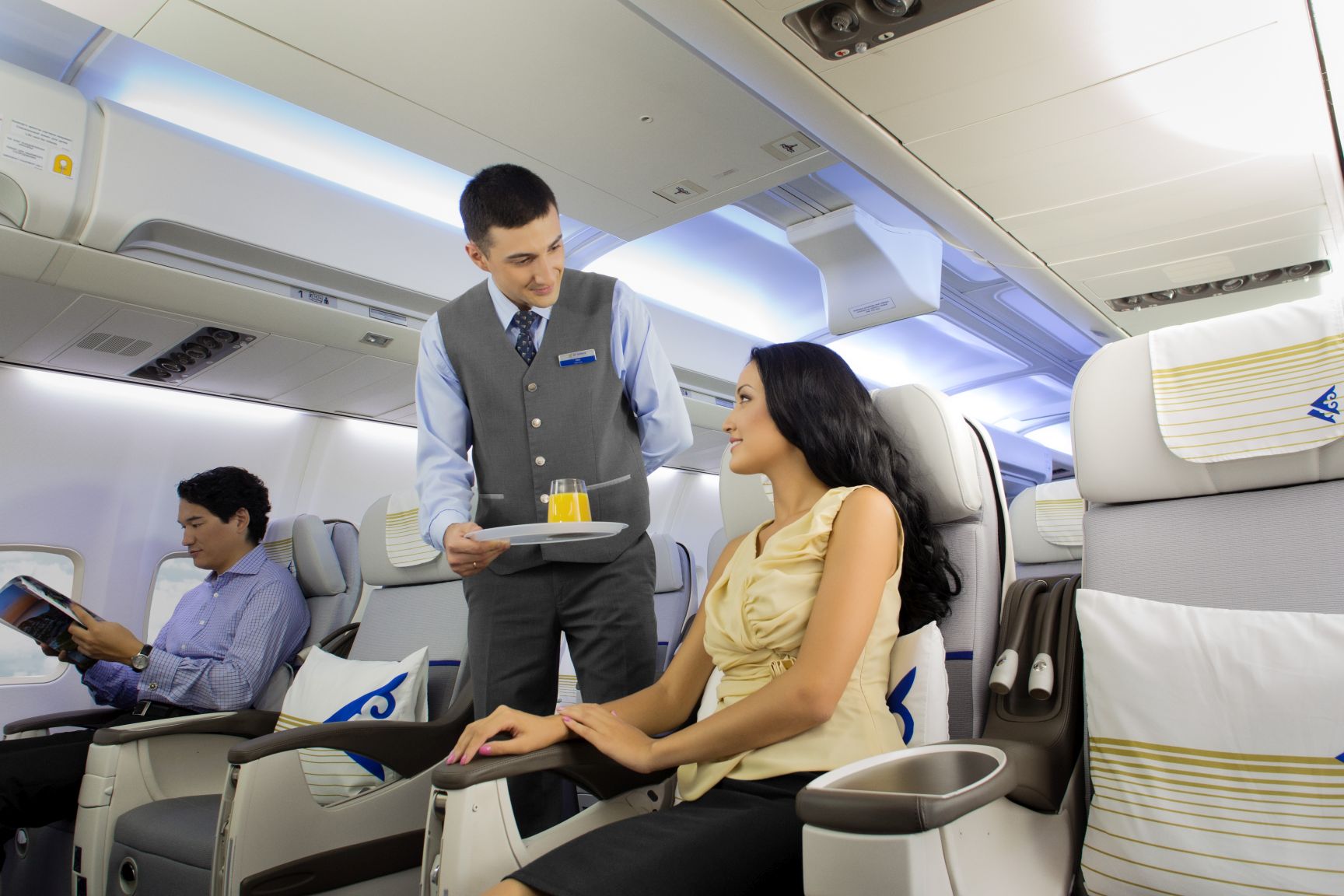 Nick Walton encounters remarkable levels of customer service on Air Astana during a flight between Hong Kong and Almaty.

Air Astana is the national airline of Kazakhstan and has operated since 2002. The carrier, a coveted Skytrax four-star airline, is presently counted among the top 20 most profitable in the world and offers both domestic and regional flights within the Commonwealth of Independent States (CIS), as well as to an ever-increasing number of international destinations, including Dehli, London, Paris and Hong Kong.

Check-in for Air Astana is in HKIA’s Terminal 2. Here I found charming and well-trained staff who quickly and diligently checked me in for my flight to Almaty. The airline’s CEO Peter Foster has made customer service an absolute priority at the relatively young airline, and the effect of intensive training can be seen from the first encounter.

After a visit to the Plaza Premium Lounge at gate 40, which the airline uses for its premium passengers, we boarded the 757-200, one of 30 aircraft in the airline’s fleet (they also have orders for 787s and A320neos). Although it’s certainly an older aircraft and one of the few flying into Hong Kong, I was very pleasantly surprised with the quality of the Air Astana business class product. The cabin on our daytime flight was 90 per cent full.

Decked out in white, with 16 seats in a 2-2 configuration, the recently refreshed business class product for the 757 is ideal for mid-range journeys like the six-hour flight to Almaty. The angled-lie flat seat is rather minimalist and does not include a seat-back entertainment system (the crew quickly dished out iPads which can sit in a sling on the seatback in front) but features plenty of storage, AC connectivity, and, ideal for Asia’s hot summers, individual air nozzles. 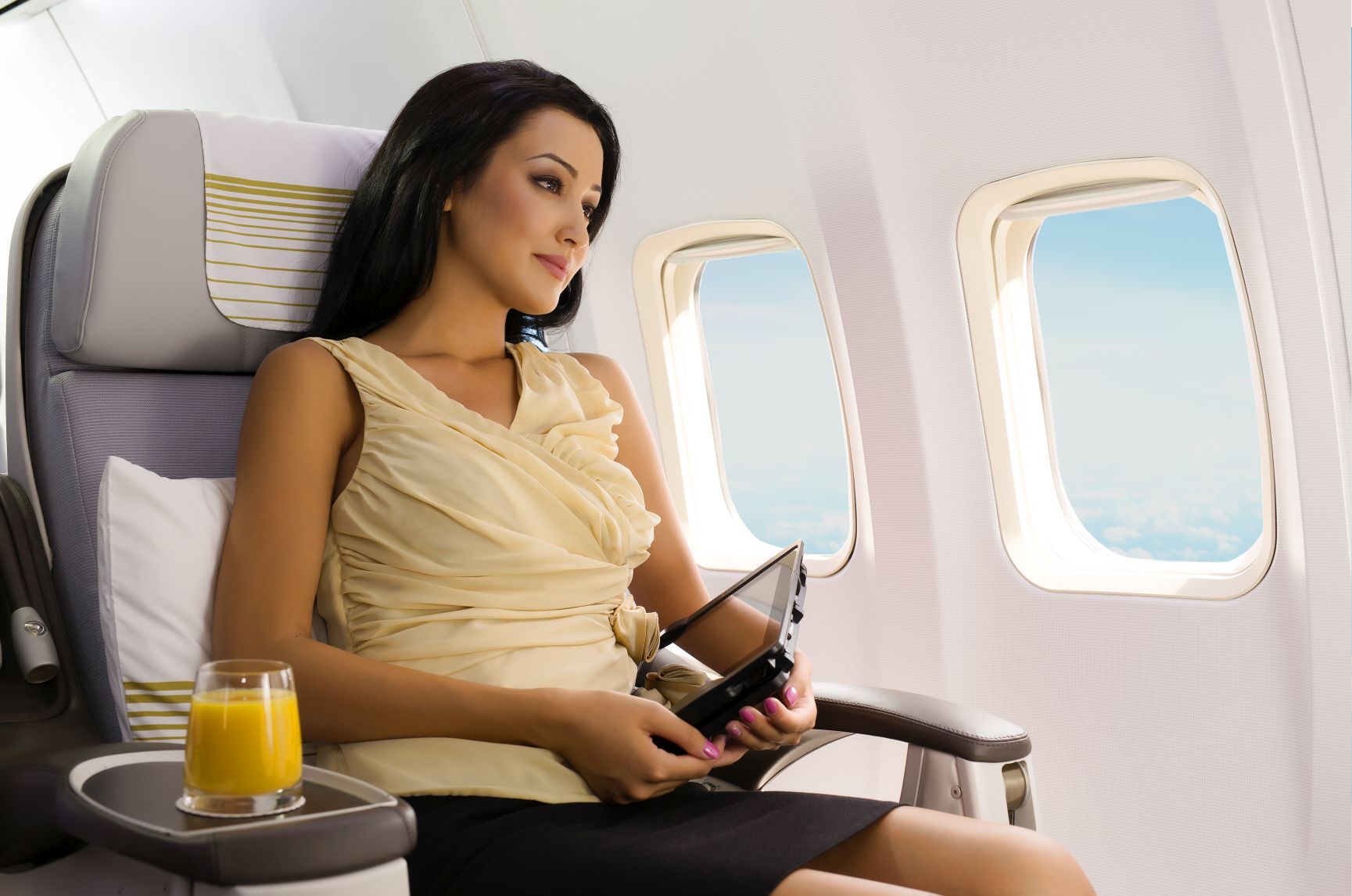 Glasses of Tattinger Champagne and amenity kits by Pal Zileri featuring Payot toiletries as well as a host of other useful products were distributed by an immaculately presented crew who made each passenger feel like a VIP, offering a sense of service lost on many bigger carriers.

The crew sprang into action very quickly after the aircraft reached cruising altitude, serving a selection of wines, spirits or local and international beers with an amuse-bouche of a tiger prawn with mango.

This was followed by spice-crusted tuna fillet with celery remoulade, and a seasonal garden salad, and a choice of grilled chicken breast with thyme garlic sauce, chateau potatoes and leeks; stir-fried beef with black bean sauce; grilled hamour fillet with shallot butter and asparagus; or parpadelle with a gorgonzola cream sauce and grilled peppers. Apple pie with vanilla sauce; chocolate mousse cake; and fresh seasonal salad, as well as an international cheese board, rounded out a meal matched with an intense Palaja Colli Perugini Rosso from Italy and a Louis Jadot Chardonnay from the Macon-Villages of France.

The quality of the cuisine complemented an in-cabin service that was never slow nor rushed; cabin crew were clearly well-trained and handled the quick meal service with military precision and grace.

I navigated the iPad during my meal and found a suitably diverse collection of films, television shows and music. After my movie there was time for a nap; the seats slide to almost ground level when in lie-flat bed mode but proved to be much more comfortable than expected from such a simplistic setup.

A snack was served approximately 90 minutes out from Almaty, consisting of cold poached chicken with salsa and warm bread. I matched my meal with a local Kazakhstan Line beer.

Air Astana isn’t trying to be a globally dominant airline but one known for the emerging destination of its home base and for its world-class hospitality, an approach that has won it a plethora of international accolades. The flight was one of the more enjoyable I’ve had in a long while and I actually relish the idea of the return journey.

Headed for a European river cruise? Spend a couple

Discover the World has launched a series of new Eu

If you’re a fan of the chilly months, take a clo

Which lucky soul would you take here?

The luxurious Bulgari Hotel Paris opens on the cit

Escape to wine country with the opening of the all

The founders of Great Plains have created a line o

Looking for the ultimate Christmas celebration? Am

Perfect for travel, Sony has released its new Alph